The author investigates the notion of ‘measure’, as it is applied in politics, in Plato’s works. Plato appears to be sensitive to how this notion was used by contemporary authors, notably the Sophists, who argued that «Man is the measure of all things» (Protagoras). From the early, Socratic, dialogues he puts forth the view that in order to go beyond appearances it is necessary to have a firmer, universal standard: the art of measure enables man to weigh the pleasure and pain involved in every action and, therefore, to live a good and virtuous life. Plato identifies in God the true and best measure that human beings must adopt to flourish 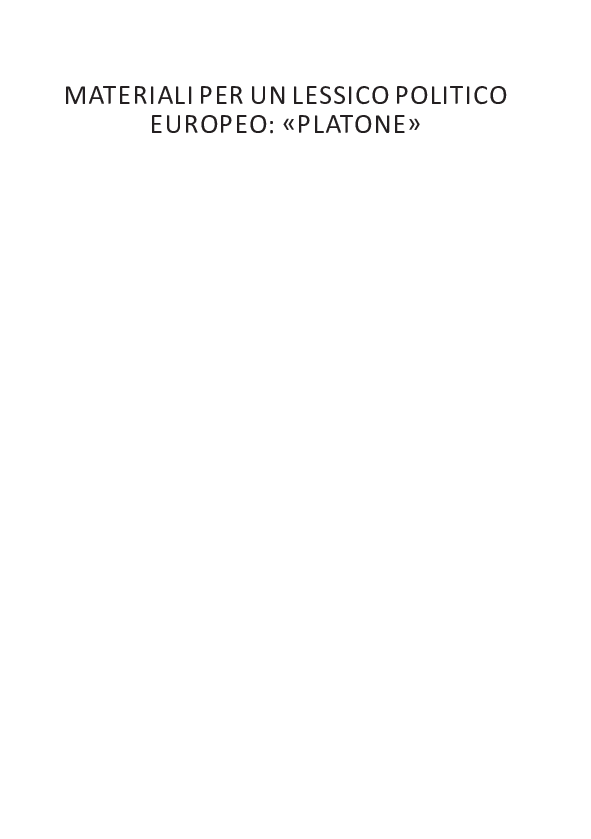