In many Plato’s dialogues, politics is understood as a skill (techne), i.e. as an objective competence, free from individual inclinations and the opinions of the majority. In the Republic, the project of unifying philosophy and politics takes shape. However, Plato is aware of the problems associated with this project: indeed, a gap is created between philosophical knowledge (of separated Forms) and political practice. In the Statesman he focuses on the nature of political skill, highlighting its relationship to the dimension of time: the true politician knows the opportune moment to implement the measures necessary for the good of the city 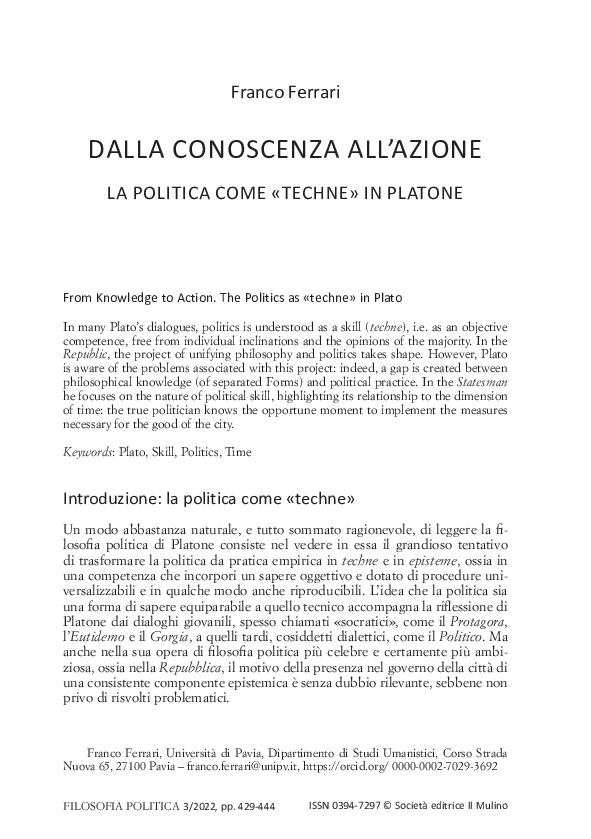