After examining the genesis of moral virtue through Hegel’s exposition of the concept of morality, this paper traces its formal structure back to the internal contradictions of the logical framework of democratic concepts in social contract theories. Since Hegel seems to entirely confine virtue as such to this kind of logic, however, the article proposes a brief analysis of the topic in Aristotle’s political science in order to underscore its strictly constitutional meaning, irreducible to any moral dimension. To conclude, the paper argues that Hegel’s understanding of the modern state in terms of mixed constitution, though based on a mistaken interpretation of ancient constitutionalism, can be profitably reconciled with the Aristotelian conception of virtue beyond the impasses of the democratic formalism. 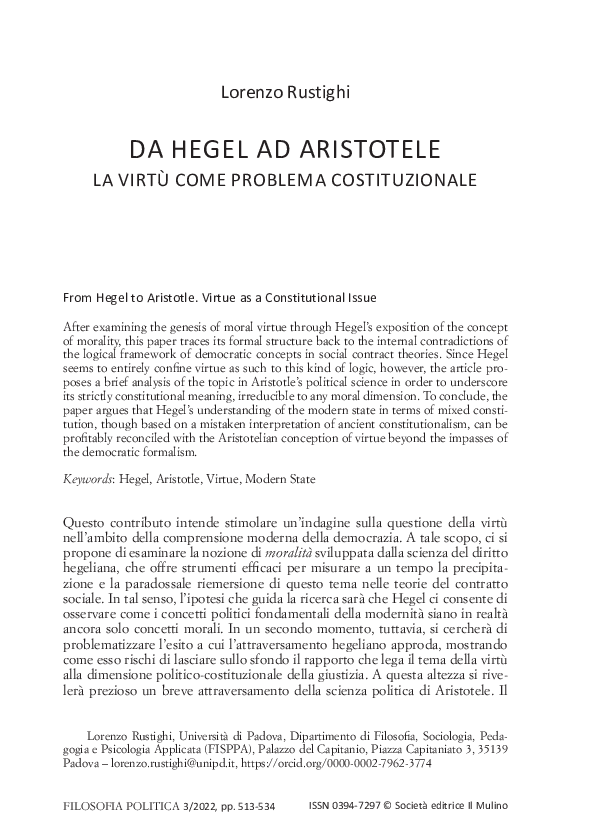