Starting from Ciceros' "De Officiis", the author interprets Marsilio's "Defensor Pacis" according to the non-liberal conception of the individual, as a social and political responsible agent. In both texts the individual is presented in different modalities, and someway in opposition of individual as proposed by modern liberal tradition, i. e. as a subject owning private rights, and divided between private and public man. On the contrary, Marsilio theorizes the individual as a public rational person, whose identity and freedom consist in belonging to the people, and in accomplishing the common task of laying down the laws. In conclusion, from Marsilio's work emerges a political order, in which the civil society is not different from the State and its interests. 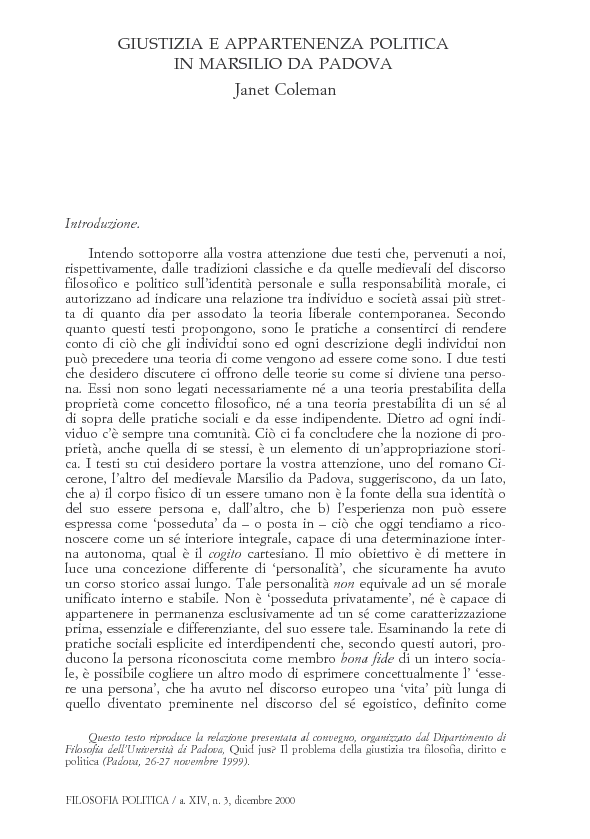