The essay analyzes the most recent production of the Slovenjan thinker, as it has been exposed at large in the voluminous work: "The Ticklish Subject". According to Zizek the subject is not, as postmodern and deconstructive thinkers would have it, a compact construction that is in need of being unpacked and criticized in its ideological elements, but, on the contrary, the subject is a constitutively lacking structure, the core of which is necessarily a void. The subject, according to Zizek's original reading which combines Hegel's dialectic and Lacan's psychoanalysis, is primordially 'out-of-joint', and always in need of a symbolic order which can 'cover', by contingent yet hegemonic conventions, the lack, the void. There is therefore a need of a new political ontology which accepts at its core the lacking nature of its acting agent. 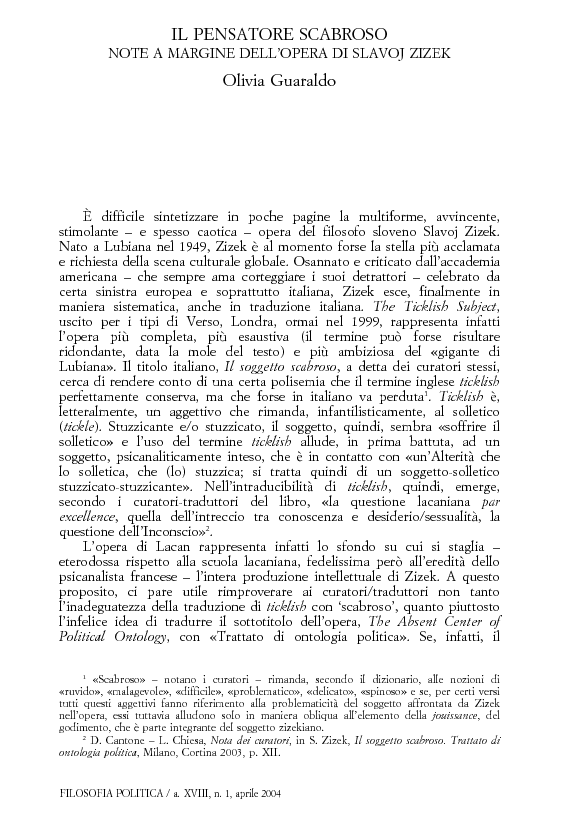