Subject-matter of this article is the meaning of the term "persona" in the Roman juridical lexicon, and, particularly, the relationship between 'person' and the human being - once the meaning of 'mask' is abandoned. The merely partial coincidence of the two terms ("persona" is the man on the scene of the "ius") relates to the formal character which, from Roman times onwards, has been imposed to western right. On the other hand, one can trace back, in antiquity, sporadic and late uses of "persona" referred to non human juridical entities, different then from theories of 'juridical person'. 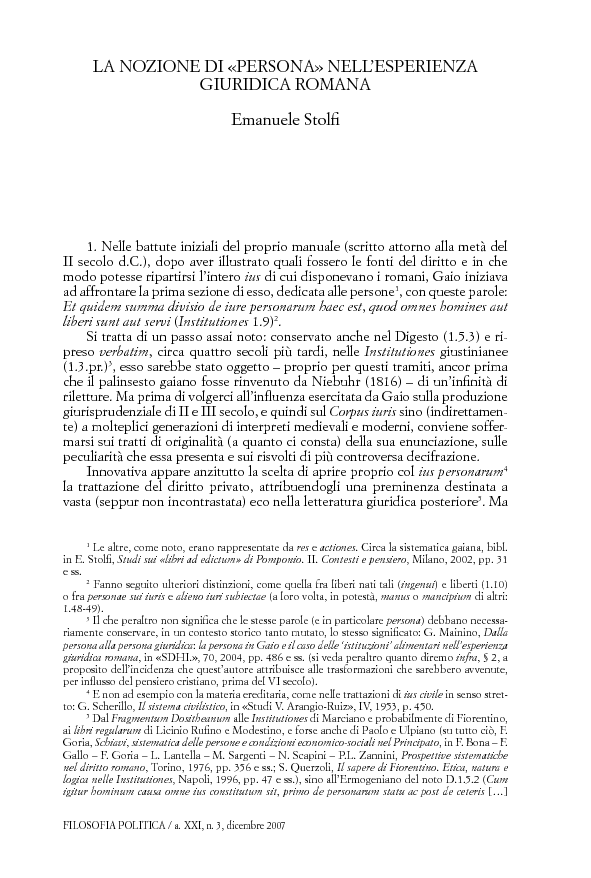