The author reconstructs the origins of contemporary liberal justification of "civil disobedience" in the neutralization of disobedience implied in Thomas Hobbes' and John Locke's political theories. For these thinkers, as for contem¬porary intellectuals such as John Rawls, the only legitimate form of disobedi¬ence could be that of a temporary and limited refusal of obedience, different from revolution and rebellion. Through this "genealogy", the author show a different and more radical way of thinking disobedience, grounded on the ac¬tivation of a "destituent" power, that had its first formulation in Etienne de La Boétie's "Discourse of Voluntary Servitude" and that, with the full development of Modern theory of sovereignity, found its place only in colonial and post-colonial political spaces and, in particular, in the United States. 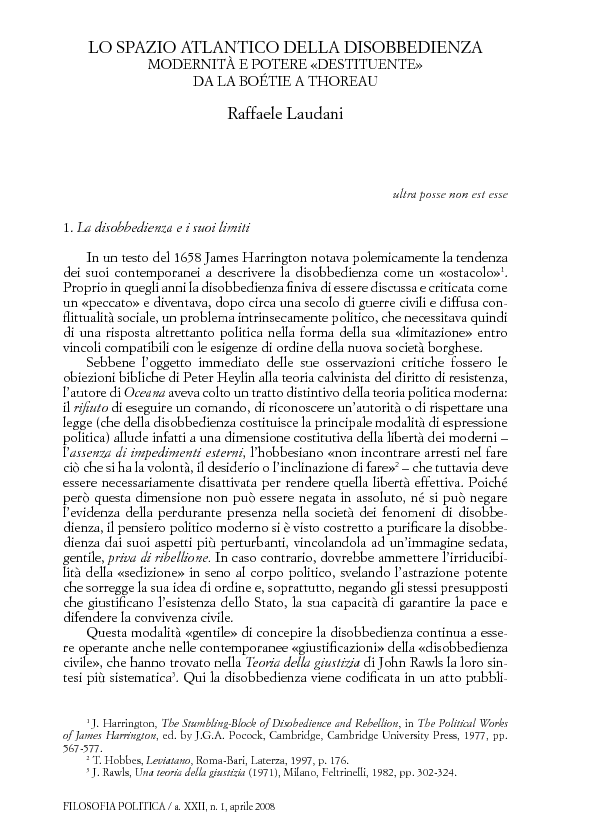