The essay attempts a genealogy of the community by moving from the relationship between violence and vulnerability. In this perspective, some interesting practices of mourning in ancient Greece are examined (both historical and fictional, i. e. Euripide's tragedy "Supplices") and compared with contemporary theories on vulnerability and violence (Simone Weil's, Judith Butler's, Adriana Cavarero's) in order to show how a traditionally non-political - and feminine - sphere such as that of loss and mourning can become fully politicized. Such politicization offers new ways of theorizing on violence, the victim, the warrior, by displacing the traditional indispensability of war within the frame of modern, State-centered politics. 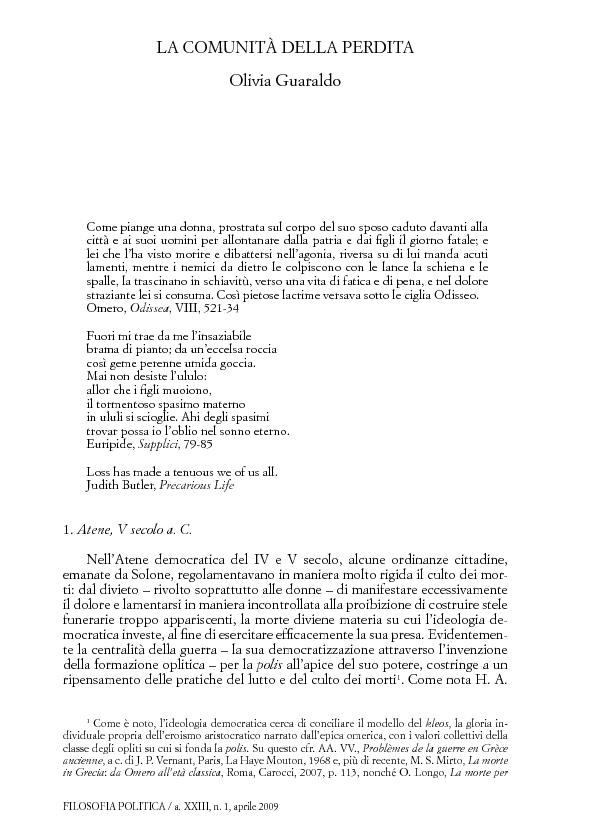