The first two volumes of "Avénement de la démocratie" inaugurate the systematic exposition of Marcel Gauchet's strong theory of democracy understood as a process of historical construction of a society 'departing from religion', namely, in which religion has ceased to be a principle for structuring the social. As a 'political "mise en forme" of autonomy', democracy requires that historical analysis and theoretical reflection are developed together. The awareness of its own being in history builds an autonomous society. Thus, in order to understand the latter, it is necessary to interpret the work of history, its hidden legacies and illusory aspirations, and how these overlap and oppose each other within social realities. 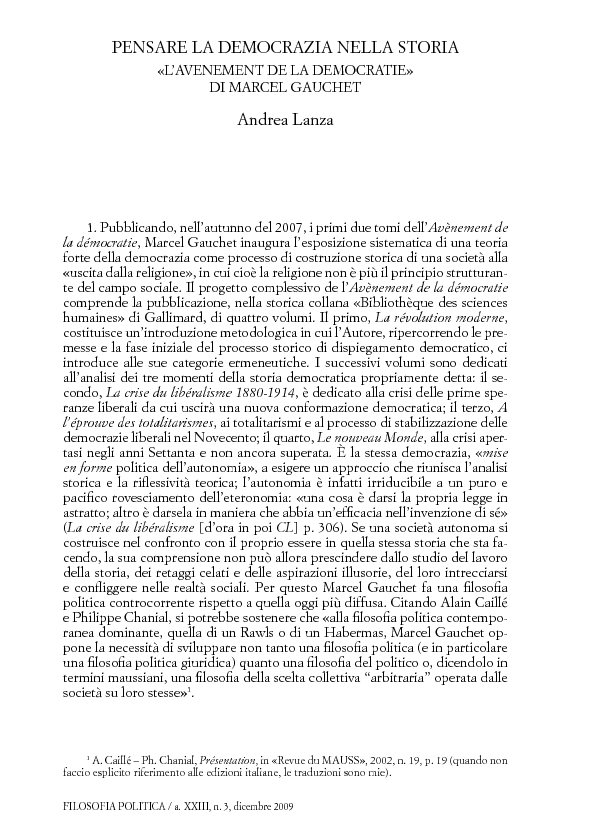