In this essay, the history of the Underground Railroad is reconsidered in order to stress, on the one hand, the burden represented in America by race since her origins, and, on the other hand, the centrality of religious languages in her history and in the present times. The references to Exodus - used by the Puritans as an original myth of America as the «promised Land», the «city on the hill» - made by the black people of the Under¬ground Railroad, here conceived as a subaltern counterpublics, reveal the presence of racism and its persistence even today, beyond all pretences of a post-racial age. In this frame, religious language still continues to shape the way in which Americans face their political and moral failures. 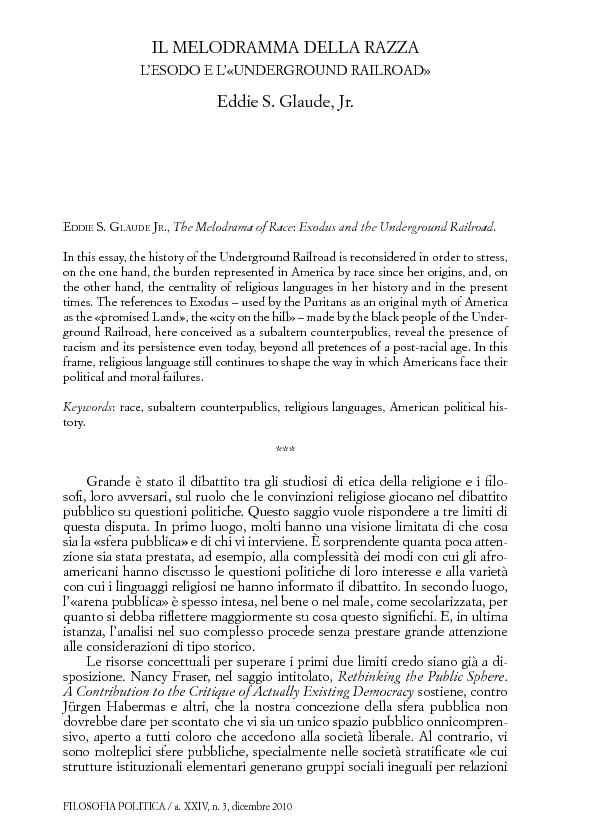