The essay aims to discuss Alberico Gentili's thought concerning empire within the frame of his conception of International order. In reconstructing Gentili's thought on empire, the paper moves from De Armis Romanis, published in 1599, one year after De Jure Belli. The main interpretative assumption is to enlighten the connection between cosmopolitism, just war and empire in the founding era of modern international theory. Gentili, Vitoria and Grozio have a central role among the great system-builder of that era and the imperial issue is one of the crucial chapter of their doctrines. It assumes a paradigmatic relevance not only historically, but also because of its meaningful resemblances with the contemporary debate on the new forms of the «cosmopolitan project» with its related interventionist wars. 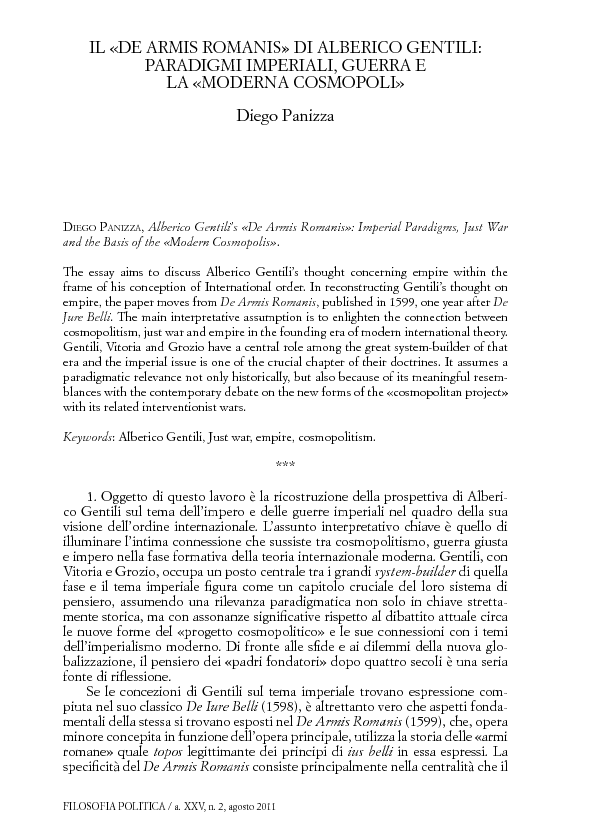