The Author suggests that the notion of «imperial society» allows to explain the global problem at stake in the crisis that begins in 1914 by giving a specific worldview to the separate groups composing each nation, distinct from both non-imperial societies and classical empires. After an explanation of the meaning of «imperial societies», of their origin and genesis and of the criteria that may be used to define their changing list, the Author argues that comparisons are productive to understand the inner dynamics of these societies engaged in a broader competition. This aspect is linked to the question of imperial wars: the competition between imperial societies leads to crisis, some benign, some dramatic, or even catastrophic ones, so that it may give new prospects for classical debates in contemporary scholarship about imperial wars. 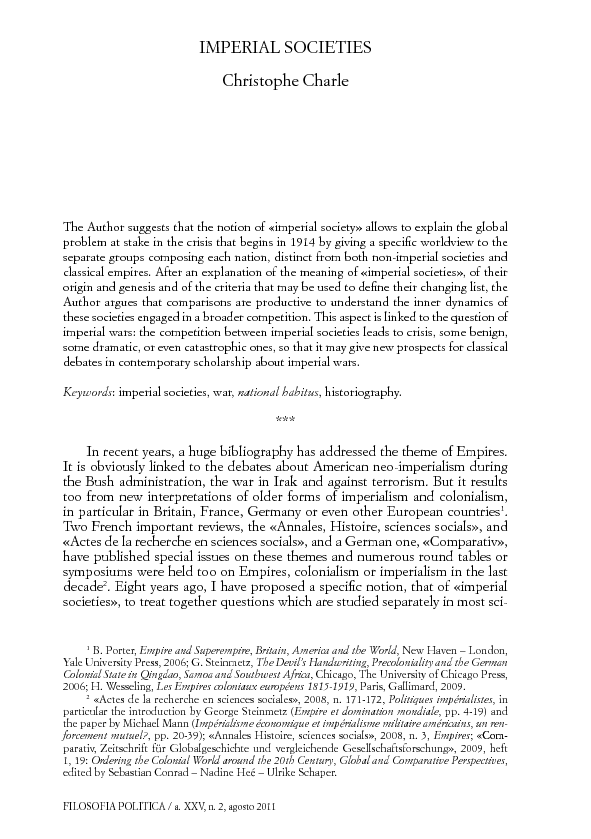