The author proposes an analysis of the vicissitudes and the crisis of the modern political subject from the perspective of women and feminism. The essay is articulated in three acts. In the first one - opened by a reading of Hobbes' work and developed through an analysis of Margaret Cavendish's and Mary Shelley's fictions - it is shown that the pretence of absoluteness and universality of the subject hides the original subjection of women. In the second act, moving from Bentham's conception of marriage as the foundation of civilization, it is suggested that the explicit critique of the subject entitled with rights articulated by women as de Gouges, Wollstonecraft and Goldman is, in facts, a critique of the whole order constituted upon that subject: the order of sovereignty, society and the market. In the last act, the debate around Hegel's Fenomenology - involving Beauvoir, Butler, Lonzi, Irigaray, Spivak - is read in order to show that women's «impossibility of becoming subject» offers unexpected, global, critical and political possibilities. 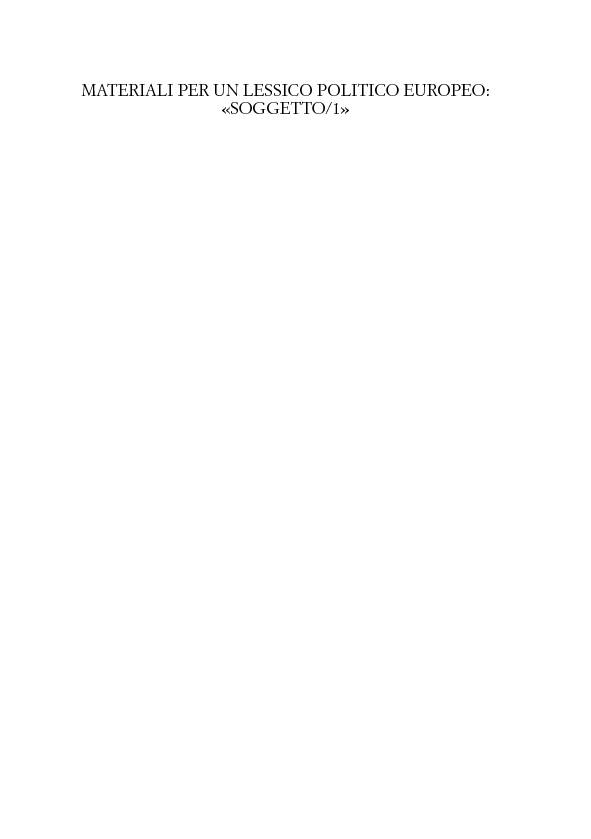