In this article, the author argues that 1968 represents a fundamental turning point in the theoretical route of Jacques Rancière. According to the author, the critique of Louis Althusser's marxist Structuralism, developed around the «May», presents, at germinal level, all the elements of Rancière's reflection. Particularly, the discovery of the «word of the masses», the basis of his critique to Althusser, is even the starting point of the following critique to the Western image of politics. Finally, the article suggests that Rancière's deconstruction, in spite of many merits, also shows a basic limitation, concerning the distinction between «politics» and «police». 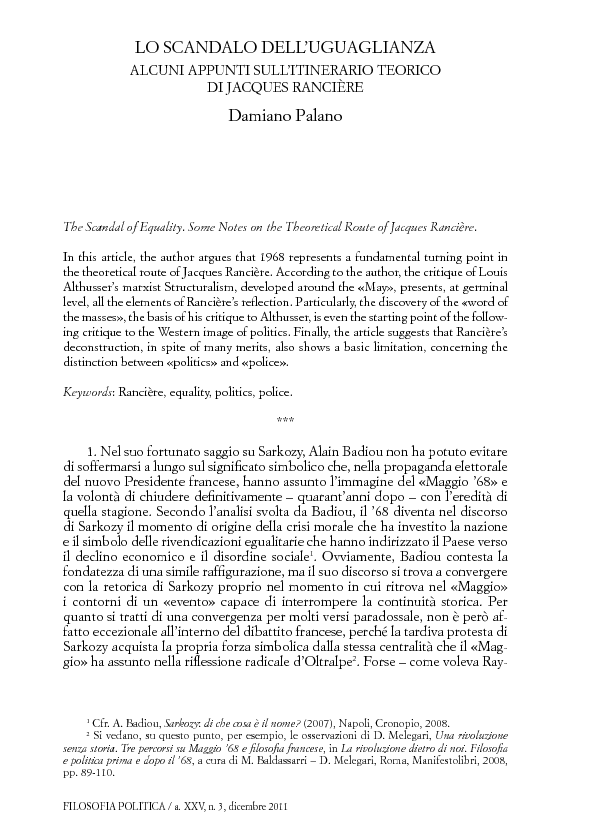