The article deals with a theologico-political critical concept, the «end of the Constantinian era», in connection with two commemorations, the 1700th anniversary of the Edict of Milan and the 50th of the Second Vatican Council, and an event, that of pope Ratzinger's resignation. In 1961, the dominican friar Marie-Dominique Chenu revitalised that concept to contribute to the discussion on the council; nevertheless, the genealogy of that concept was deeper and meaningful in the history of theological concepts of the 20th century. 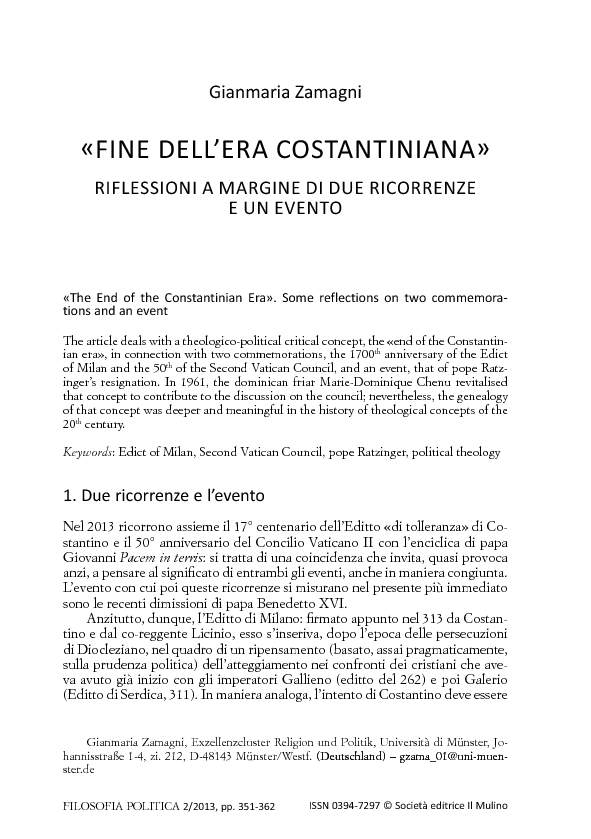