The essay provides an account of the different conceptions of party in European ju¬ridical modernity. Between the 19th and the 20th centuries, continental juridical culture interpreted the role and the nature of party within the whole constitutional architecture through a geometrical metaphor: party occupies a space that can be imagined as a seg¬ment limited by two extreme positions. On the one hand, the whole, or unity; on the other hand, the part, or partiality. In thinking the party, European constitutional culture moved - and still moves - within this segment, sometime inclining towards one of its extremes, sometimes towards the other, but always looking for a balance among them. 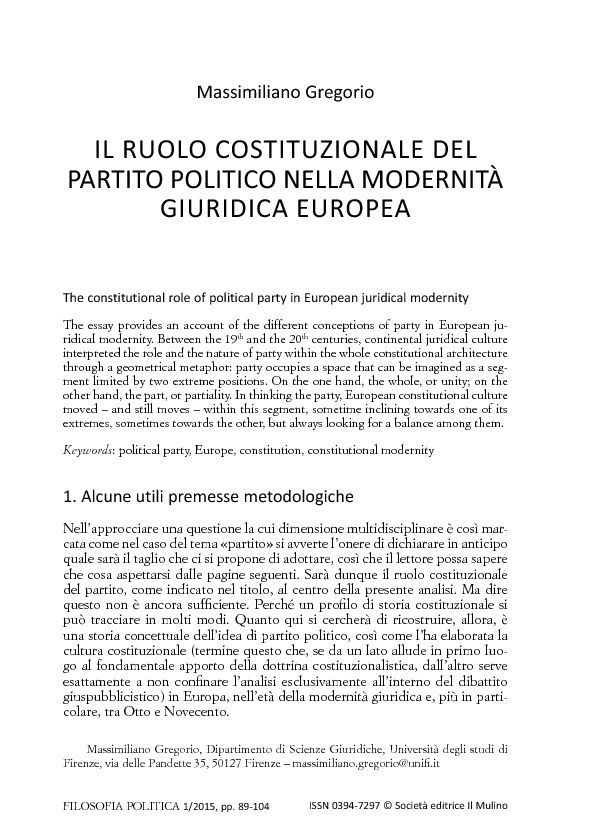