Starting from Biagio de Giovanni's last works ("Alle origini della democrazia di massa", Napoli, 2013; "Elogio della sovranità politica", Napoli, 2015), the Author discusses the relation between life and politics. According to de Giovanni, today this relation is affected by a «great transformation» that seems to deprive of authority the whole legal and political universe of modernity - a universe that was realized by the form provided by democracy (= the direct irruption of the «mob» and of its life into politics) through the theoretical and practical elaboration of State and sovereignty as «sites» of mediation. The question raised by de Giovanni's texts is the following one: where, if outside of these sites, a new political mediation capable of provide a form to life and preserve democracy is possible? 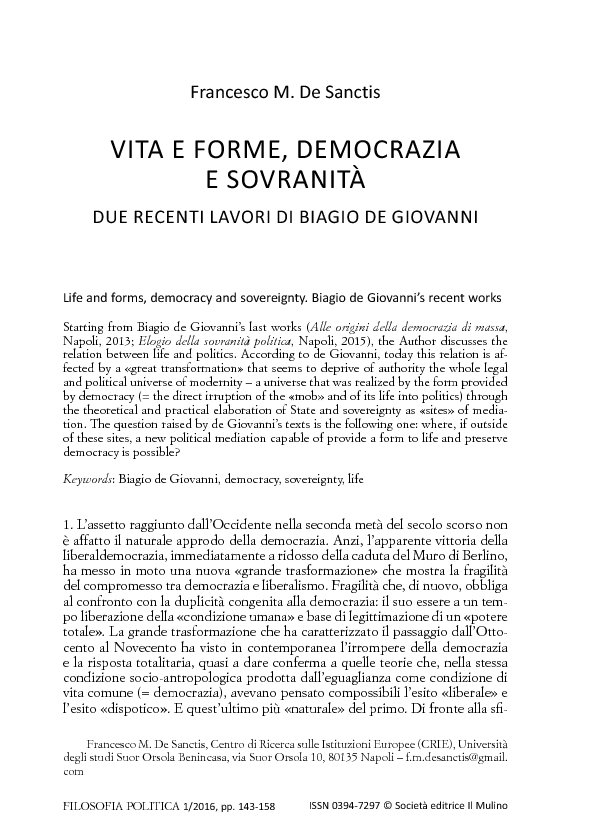