After offering a short survey of the history of the concept of Concord/"Eintracht" in the German area and in the Modern Age (ca. 1550-1800), the article focuses on the political models proposed, respectively, in the early romanticism by Novalis ("Christianity or Europe", 1799) and in the later romanticism by F. Schlegel ("Concordia", 1820). Both models are conservative, monarchical-corporative and catholic, but a closer examination and comparison reveals important differences, first and foremost on the political meaning of the idealised Middle Ages. 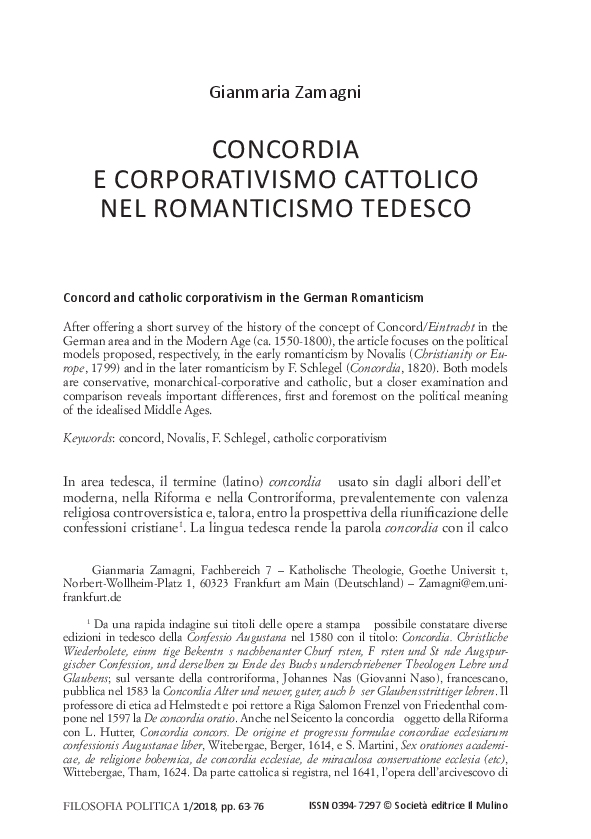