The study of conflictual complex meanings opens up and unifies two research areas that are traditionally separated: the grammar of complex expressions and the study of living figures, in particular metaphors, as forms of linguistic expressions. In the field of grammar, the study of conflicts makes it possible to describe the interaction between formal syntactic factors and conceptual factors in the connection of complex meanings, bridging the gap between formal and instrumental approaches to language. In the field of metaphors, it provides sharp distinctive criteria between metaphors and metonymies on the one hand and conventional and living metaphors on the other. Owing to the conflict, living metaphors, unlike both metonymies and conventional metaphors, are instruments of creative thinking both in poetry and science. 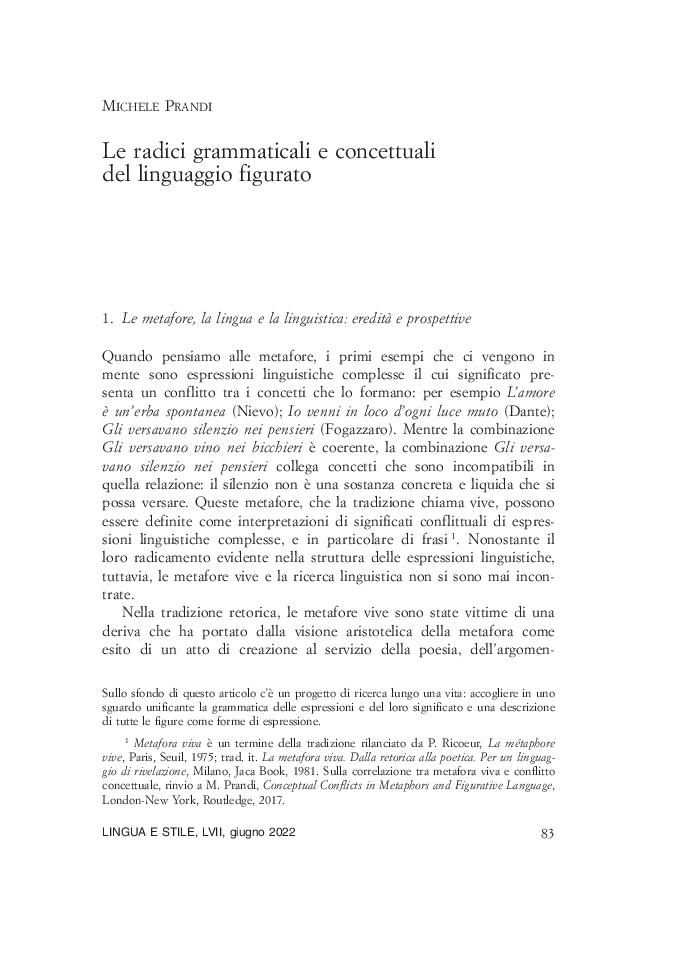