By studying letters sent by several Ottoman governors to the Grand Dukes of Tuscany in the years 1577-1640, the paper aims to contribute to a better definition of the so-called 'Levant Italian', the variety of Italian which served as a commercial and diplomatic lingua franca between Turks and Westerners in the Early Modern Ottoman Empire. These letters, currently kept at the State Archives of Florence, are Italian translations of original Turkish or Arabic texts, which were made in loco by Sephardic merchants and brokers who traded in the Mediterranean and occasionally served as interpreters. The analysis of the main orthographic, phonetic, morpho-syntactic, and lexical features of the letters shows the existence of a wide net of Jewish traders/interpreters sharing similar linguistic uses. 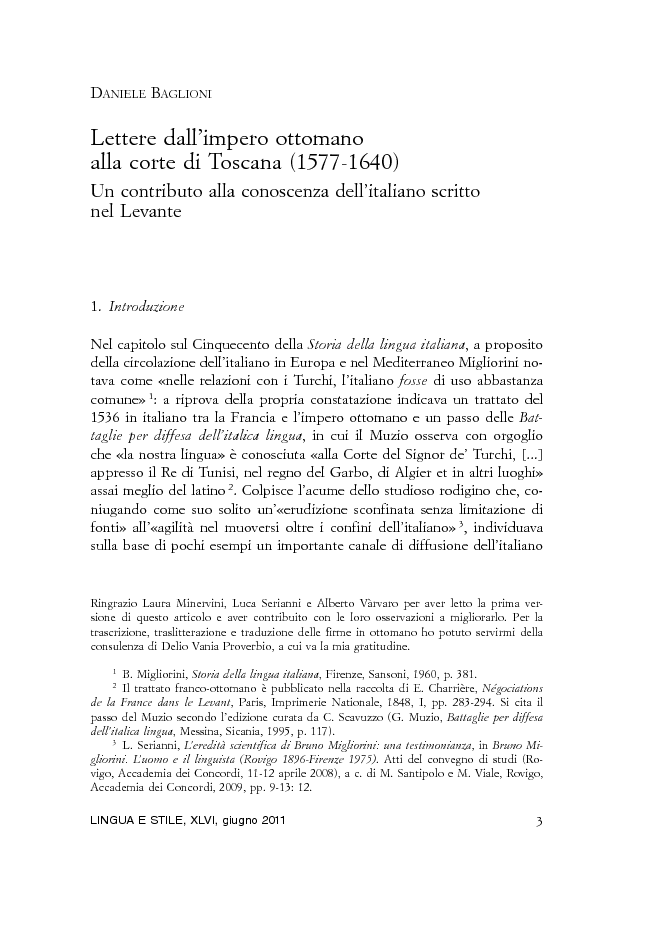