This paper addresses Clemente Merlo, the journal he started («L'Italia Dialettale»), his scientific convictions, his school and legacy, and his relationships with both the contemporary scientific environment and Fascism. Merlo was a strict Neogrammarian, a dedicated scholar of Italian dialectology and a brilliant etymologist. He was committed to Fascism, but was able to keep his scientific views separate from his political choices. He remained hostile to his 'rival' Gerhard Rohlfs, but was prepared to publish works in «L'Italia Dialettale» by authors whose interests differed greatly from his own. Although he has long been ostracised for his political choices, there is no question of his importance to twentieth century Italian linguistics. 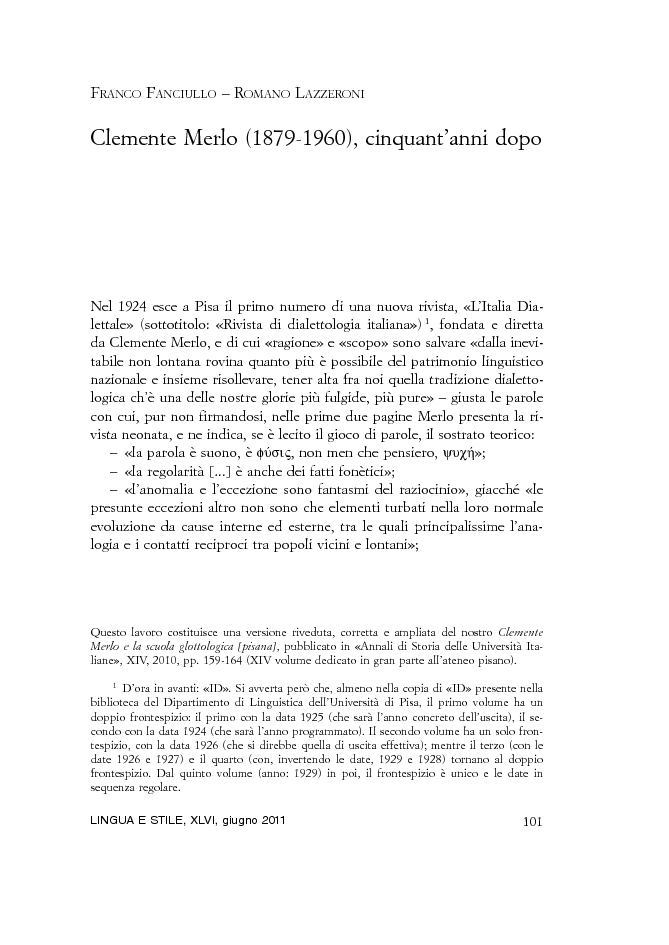