Keywords: target vs. controller gender; history of the Romanesco dialect.

On the basis of a exhaustive examination of vernacular texts stretching from 13th to 16th century, in this paper we propose that Old Romanesco had a four-gender system. While the gender agreement targets (articles, adjectives, etc.) only displayed a binary contrast like in modern Italian (e.g. buono, -i 'good.m.sg / -.pl' vs. bona, -e 'good.f.sg / -.pl'), four distinct agreement patterns were selected by four distinct classes of controllers. First of all, in addition to masculine and feminine nouns, there were neuter nouns, which triggered masculine agreement in the singular and feminine in the plural. While this third (non-autonomous, i.e. fully syncretic) gender was a development of the Latin neuter, in Old Romanesco a fourth gender arose anew, to which nouns like la nave / li navi 'ship' were assigned, stemming from Latin 3rd declension. These were originally feminine, but came to take masculine plural agreement due to the shape of the nominal ending (-i) and subject to a phonological condition, as the change affected preferentially shorter (i.e. disyllabic) nouns. 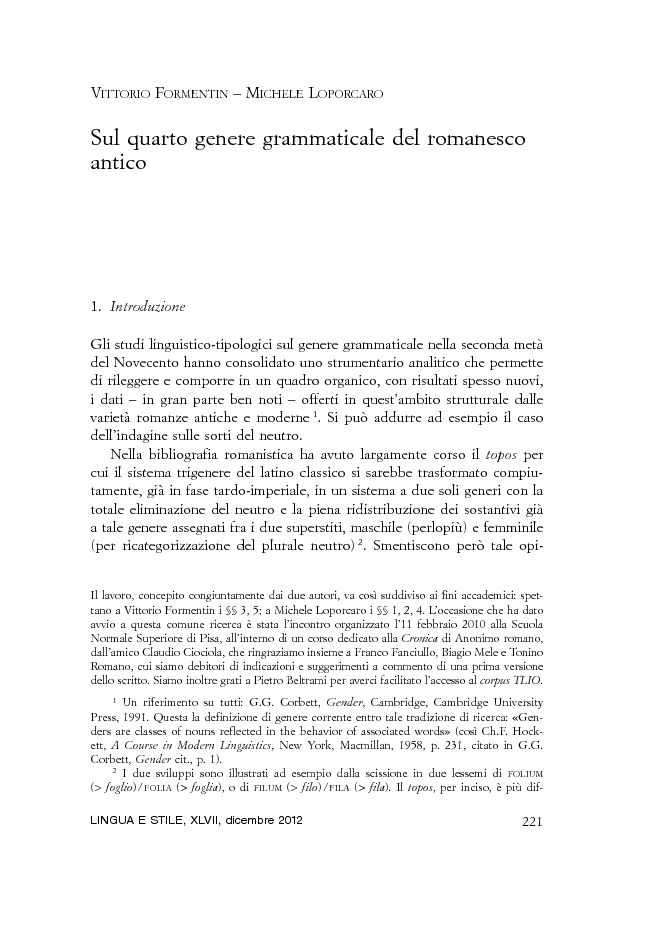