In the Middle Ages the expression mentire per la gola ('lie from the throat'), with the preposition per ('from') to indicate a position or manner, was an insult which accused someone of clearly lying. Further examples of this expression, which has no precedent in Latin, are found in Old French, Occitan, Catalan and Castilian Spanish. The association between the throat and the act of lying was determined by the fact that, in medieval Christian treatises concerning sins, sins of the tongue (which included lies) were included in the more general category of gluttony, the usual source of all vices. Saying that someone mentiva per la gola ('lied from his/her throat') meant to accuse him/her of lying with words through the organ from which they emerge. Moreover, this accusation used metonymy to indicate one of the seven deadly sins and it was the very quintessence of the lack of the individual's self control and moderation. 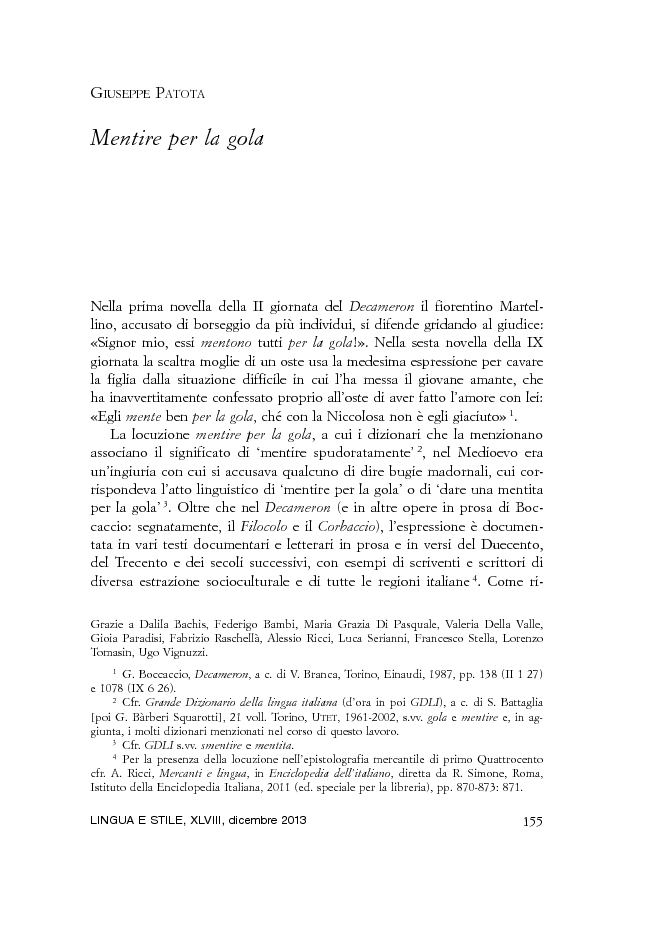