Italian dictionaries record the word ciarpa as the oldest variant of the Gallicism sciarpa ('scarf, in part. in the military field', from fr. écharpe) and they attribute the earliest uses of these terms, respectively, to Giovanni Boccaccio (ante 1375) and to Benedetto Menzini (ante 1704). However, both references appear inaccurate, firstly because the word sciarpa is previously attested in the late 16th century, and secondly because Boccaccio's passage is apocryphal. The article clarifies the history of the two words, pointing out their origins, their areas of use and their development, up until sciarpa became prevalent in military and institutional contexts after the French Revolution. 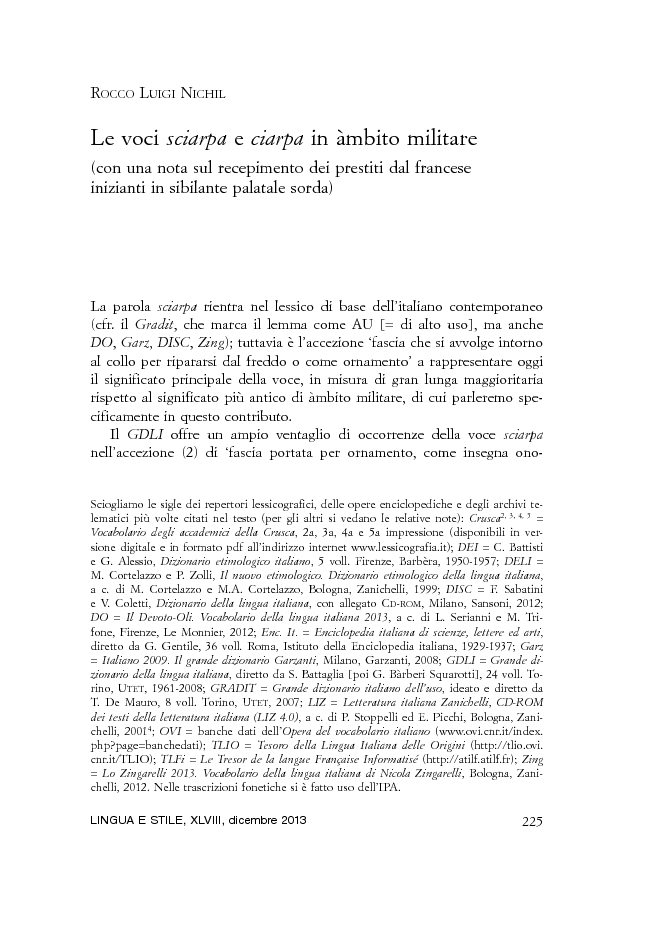