The second line of Foscolo's sonnet "A Zacinto" (1802/1803) has given rise to many redundant interpretations. The noun corpo and the verb "giacque", while referring to the speaker as a child, seem to anticipate the "illacrimata sepoltura" of the last line, thus taking on the meaning of 'dead body' and 'to lie buried'. A discussion of the meaning of the verb leads to a different interpretation, but the real surprise is the Gallicism, exclusive to the Middle Ages, "il mio corpo", used as a personal pronoun. Foscolo had been interested in early Romance poetry and, as a budding philologist work ing on the edition and translation of Catullus' "Coma Berenices" (1803), he must have gained first-hand knowledge in the libraries he visited of troubadour songs long before the publication of Raynouard's monumental anthology (1816-1821). He must therefore have used the periphrastic locution in his sonnet as a rare Occitanism. 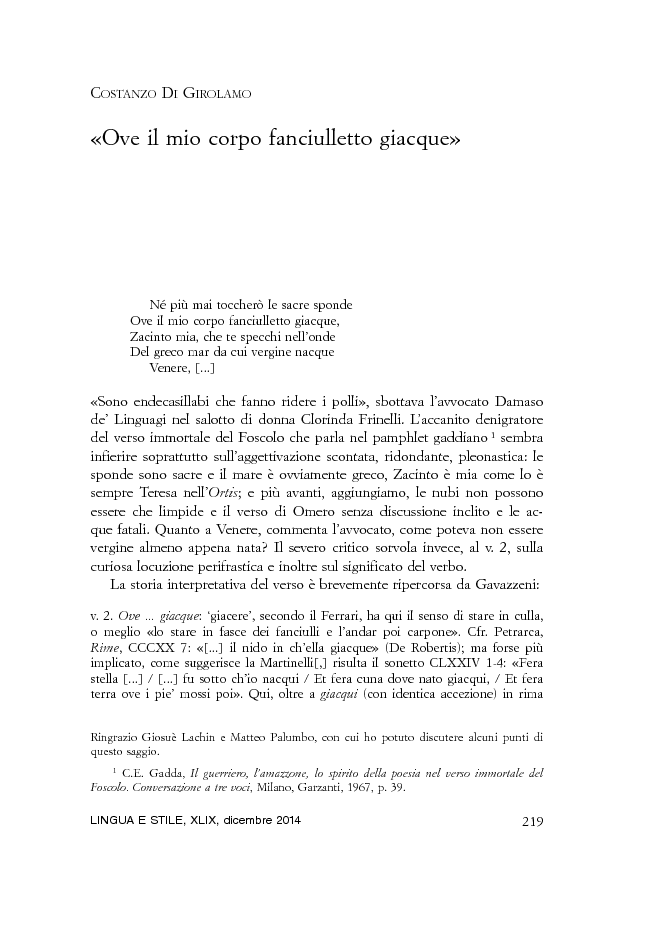