This paper studies the final vowels in a 1361 document, showing that the ancient dialect of Molise still had a five vowel system (/i e a o u/), even if /u/ tended to open to /o/, thus confirming the idea that the features which now characterise the area mediana in Italy covered a larger territory in the Middle Ages. Therefore, with regard to methodology, the study argues that before ascribing variations found in a text to external conditions (e.g. the influence of neighbouring dialects), it should first be proved that it cannot be explained by internal conditions. Moreover, even though ancient texts may not be a perfect mirror of the spoken language, their evidence is essential to historical linguistics. 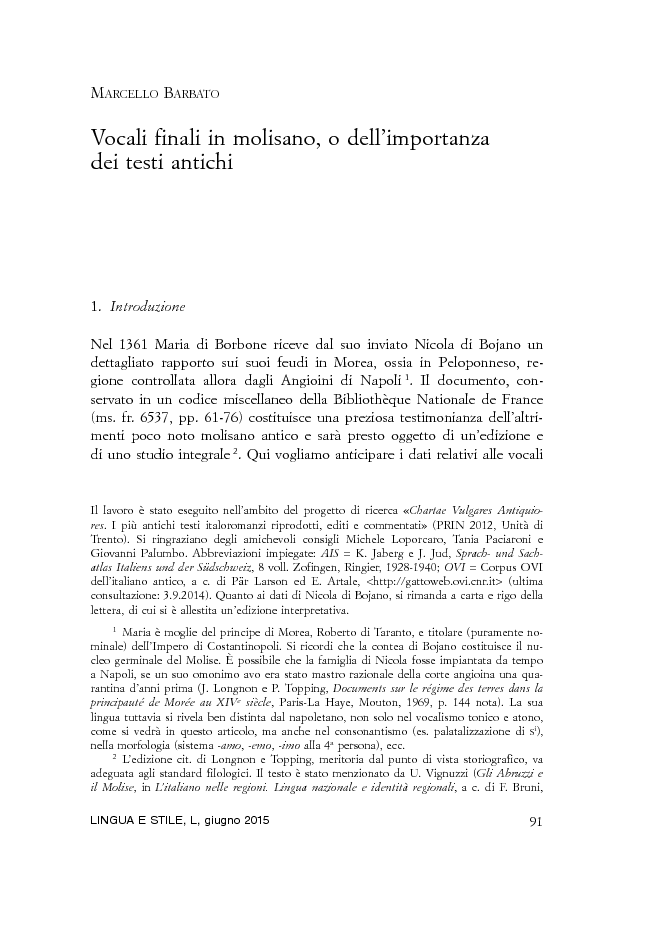