This essay examines the cultural complexity which characterizes Antonio Tabucchi’s inventive world by focusing on crucial aspects of his fiction also in relation to Fernando Pessoa’s works. Set in Italy, France, Portugal and Greece, Tabucchi’s stories are dominated by interchanges and heterotopia. His privileged places are cafes, trains, stations, hospitals, and cemeteries, which Foucault considered to be heterotopic par excellence. Characters often mix places and languages, blurring the boundaries between reality, dreams, and hallucination. Requiem, a novel in Portuguese, is an exemplary case in this regard: it is narrated in Paris but the events take place in Lisbon, and it only contains one syllable in Italian, in the Tuscan dialect of the author’s childhood. 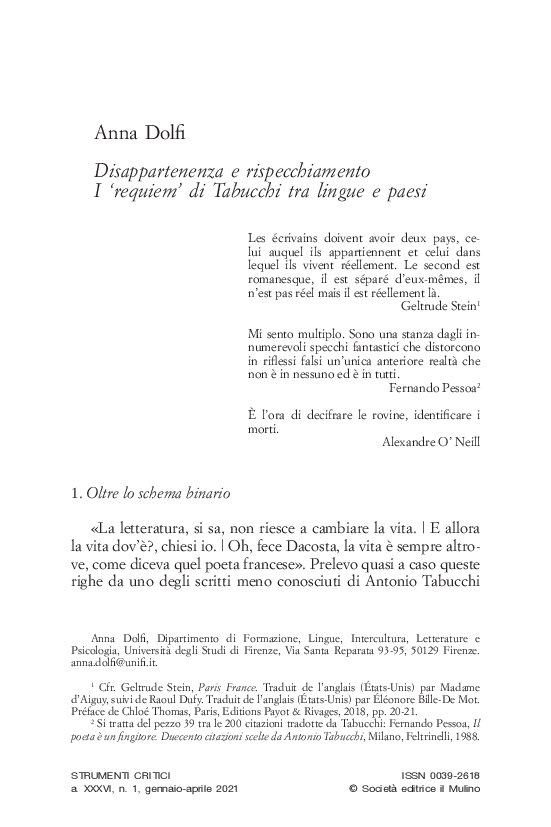