The essay examines a corpus of seven previously unknown articles on Moon landing published by Dino Buzzati in the culture column of Italy’s major newspaper, Corriere della sera. On the one hand, the articles witness the fears of the Atomic Age by reflecting on mankind’s excessive ambitions and disillusionment after 1969. On the other, they trace flattering portraits of astronauts as well as common observers, molding science with everyday life (an attitude reminiscent of Italo Calvino’s Cosmicomics). What emerges is the transition from an imagined, literary moon to a more tridimensional, nuanced representation. Such contradictory instances are expressed through a variety of genres, forms, and registers that place Buzzati’s ‘spatial’ articles among the most interesting outcomes of his production between the 1960s and the 1970s. 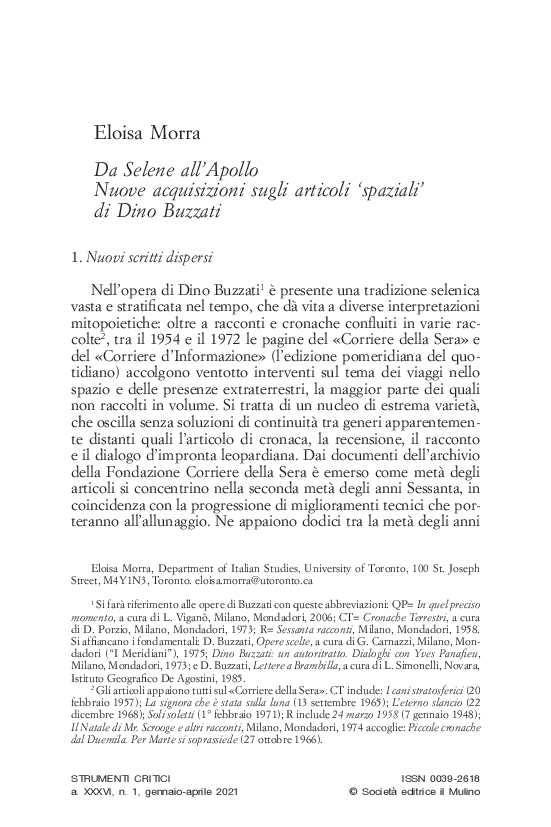