The homecoming of the prodigal is one of the paradigms that provide the foundation for the pilgrim’s journey in the Commedia. The first one to establish this parallel is Giovanni Boccaccio who, in his Expositions, writes that the «faithful and humble prayer to God» in Inferno II was received in Heaven in the way «the prodigal son was received by his pious father». The story of the ‘lost son’ echoes throughout the Comedy and, although there is no direct quotation from the parable, there are allusions and these allusions set the pace for the journey. This essay looks at the ‘well-travelled’ terrain of the prologue scene, at the fatherly figures that Dante meets during his journey as well as at those passages where motifs from the parable have been identified, and at the motherly figures and women in the poem that fill an important gap in the Gospel narrative. 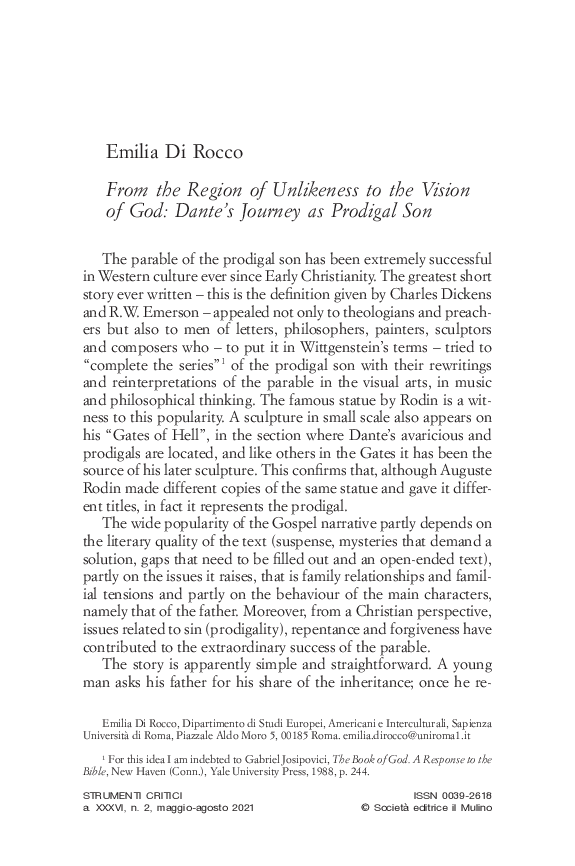