The article first examines the letters exchanged between Gadda and Alessandro Bonsanti, and moves on to analyze the correspondence between Gadda and his relatives. In the early thirties, the Florentine writer Alessandro Bonsanti was well-known in literary circles (in connection with the journals «Solaria» and «Letteratura»); Gadda instead was a newcomer in search of a publisher. Bonsanti helped him to publish his second book, Il castello di Udine, which was a success only with the critics. The correspondence between Gadda and his relatives, especially his brother Enrico and his mother, a very strong-willed woman, is very interesting from another point of view. The two brothers, who received a nationalist and severe education, were volunteers in the First World War: the letters show two parallel lives and two different temperaments. Carlo Emilio was indeed shy, introvert and thrifty; Enrico instead a wasteful and bold young man who, despite his flaws, became a myth after his death in a plane crash. The correspondence, accompanied by an exhaustive comment, offers valuable information on Gadda’s narrative work, from Il castello di Udine to La cognizione del dolore 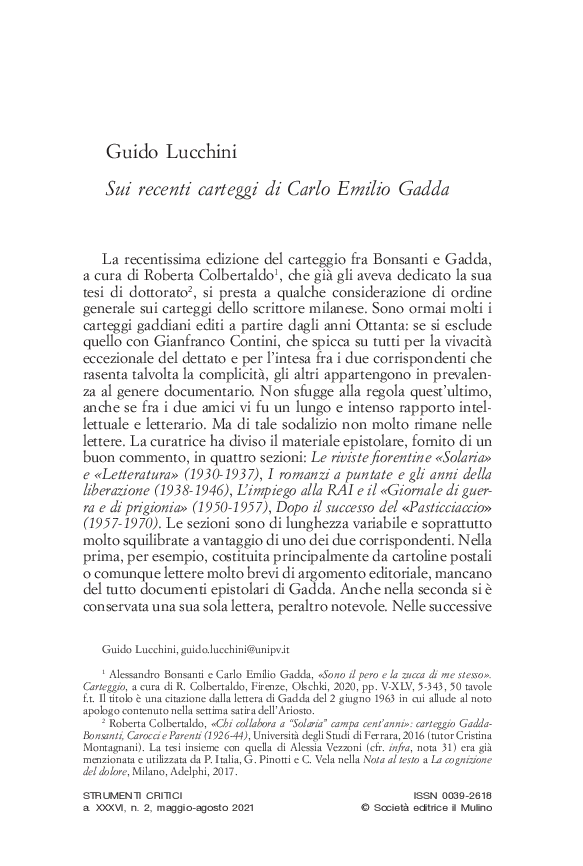