Published in 1958 by Garzanti, I viaggi la morte offers a multifaceted portrayal of Carlo Emilio Gadda’s critical activity over the span of thirty years, by gathering texts as diverse as linguistic, literary, and philosophical essays, reviews of works of different types, and interviews. This article aims to piece together the book’s elaborative history through the examination of previously unexplored manuscripts, kept at the Biblioteca Trivulziana in Milan. As revealed by several documents, Gadda already planned to put together a collection of critical essays in the early thirties but postponed its realization for decades. A few tentative lists of texts drawn up by Gadda in February and March 1956 show that he had a clear idea of the work’s structure before Pietro Citati, editor at Garzanti, assisted him with the volume’s publication. New light is also shed on the genesis of Come lavoro (1949), the future opening text of I viaggi la morte: it originated from the unfinished draft of an imaginary interview with Gadda’s doppelgänger, Anadiabante De Carlo, concerning the conditioning of the social milieu on the writer 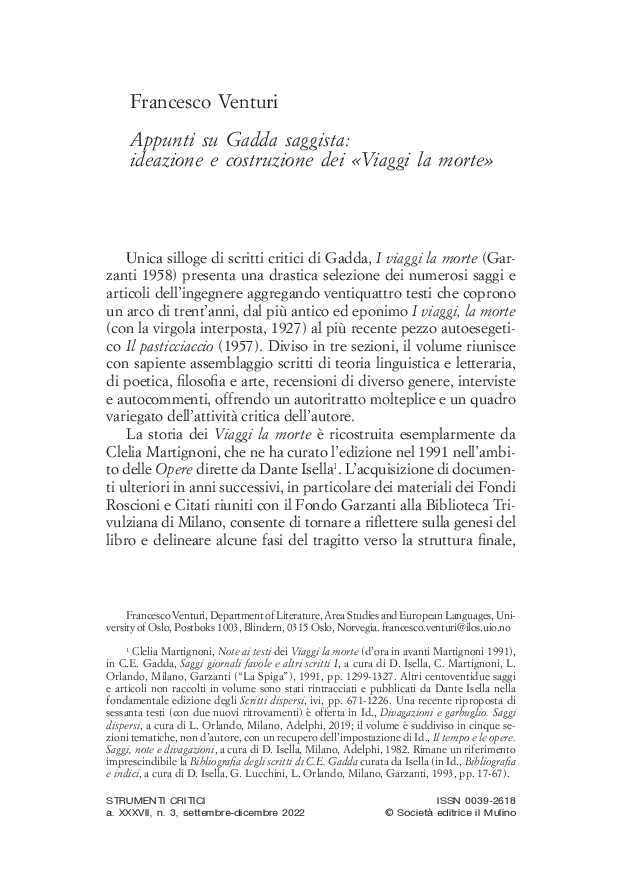