Jacques Derrida's deconstruction, stemming from the Nietzsche-Heidegger-Lacan theoretical line, advances a false claim to saussurian roots. The French philosopher has misunderstood and deliberately misrepresented the 'Introduction' to Saussure's Course in General Linguistics. Derrida claims that différance is the effect of a logocentrism that has privileged writing to the detriment of orality, which is certainly not to be found in Plato's Phaedrus. Plato refers to phármakon not in the sense of 'poison philtre', as Derrida suggests, but in that of an empty and sterile expedient/artifice of rhetorics,used by the logographers, as opposed to the only real rhetorical art delivered viva voce. 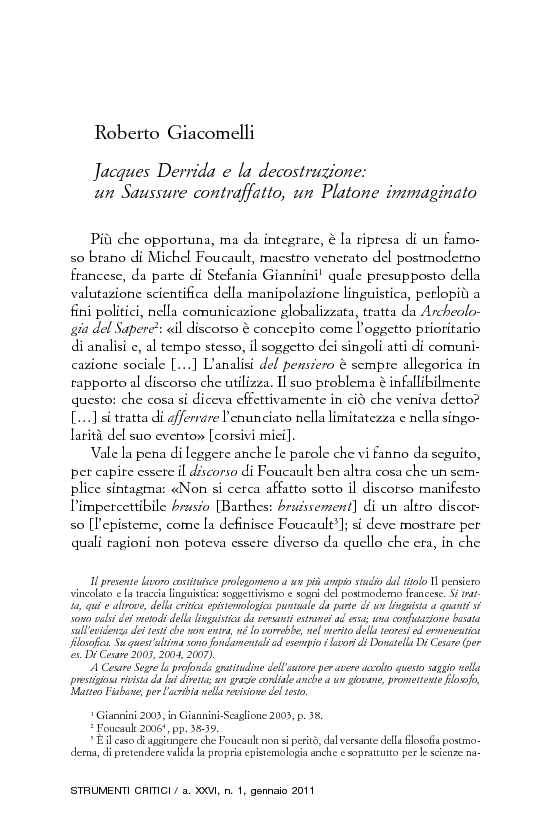