The essay aims at proving that Gonzalo is constantly subjected to an ironic treatment by the implicit author, whose emphasis on the theatrical attitudes of the main character underscores the arbitrariness of its "cognition". The representational treatment that time and space undergo in "La cognizione del dolore" is one of the key issues of the analysis, which elucidates the temporal immobility and spatial stasis of the narration. As a matter of a fact, in Gadda's novel one can ascertain the overall belittlement of the plot, since its events and deeds are ordinary and repetitive, whereas the setting of the story does not go beyond the boundary of a rural village, thus leaving the instability and uncertainty that characterize urban environments in the background. Such an aspect of the narrative, which is shaped by the omnipresent semiotic agency of death, is in reality consistent with the hidalgo's attempt to veil his social predicament in order to lend it and himself the super-temporal nobility of tragedy. 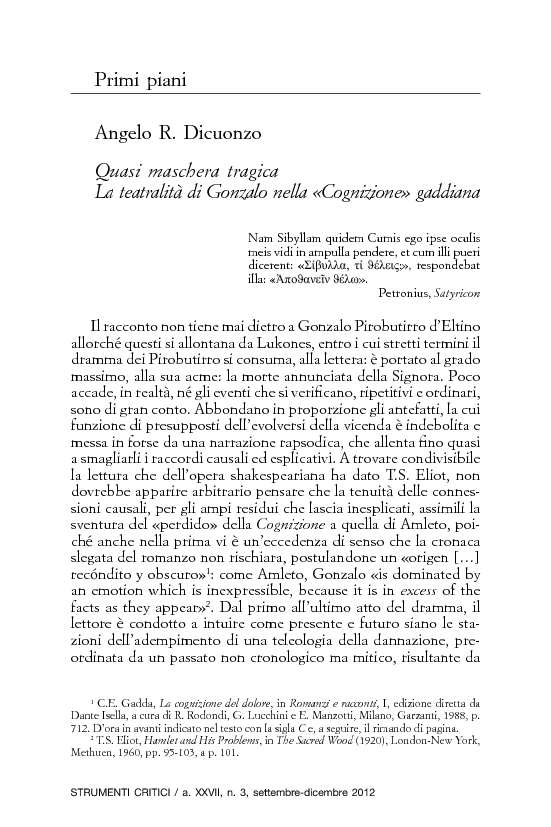