The main model of Segreti di Milano is Balzac's "La Comédie humaine", from which Testori takes the concept of 'melodramatic imagination' (Peter Brooks), a narrative mode typical of 18th-century French Operas, which emphasizes the struggle between Good and Evil. In the short stories of "Segreti di Milano" part I, "Il ponte della Ghisolfa" (1958), and in the posthumous novel "Nebbia al Giambellino", written at the beginning of the 1960s, we can notice that traditional values spread in the country stand for Good, while greed, callousness, selfishness, characteristics of the new metropolis, stand for Evil, which starts colonizing the outskirts too. 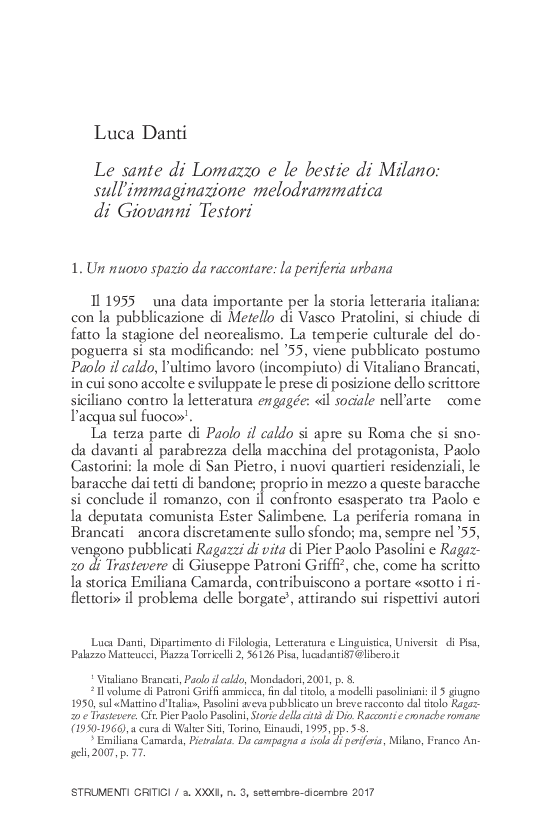