This article examines three short stories Carlo Emilio Gadda composed between the late 1920s and the mid-1930s and he referred to with the enigmatic serial numbers Novella 1a, Novella 2a, and Novella 3a. The examination of previously unexplored manuscripts makes it possible to analyse the texts’ genesis and mutual connections. The first short story was published with the title La Madonna dei filosofi in 1928 and shows strong ties with both Gadda’s philosophical studies and Racconto italiano di ignoto del novecento (his first attempt at writing a novel in 1924-’25). The second text, Dejanira Classis, was released only in 1971, two years before the author’s death, and draws inspiration from a court case which took place in 1928. The third short story Il fidanzato di Rumy is only tentatively drafted and still remains unpublished. By imitating closely certain aspects of George Meredith’s novel The Egoist (1879), it humorously portrays a self-involved and oppressive man and his unhappy fiancé who is eager to run away from him. 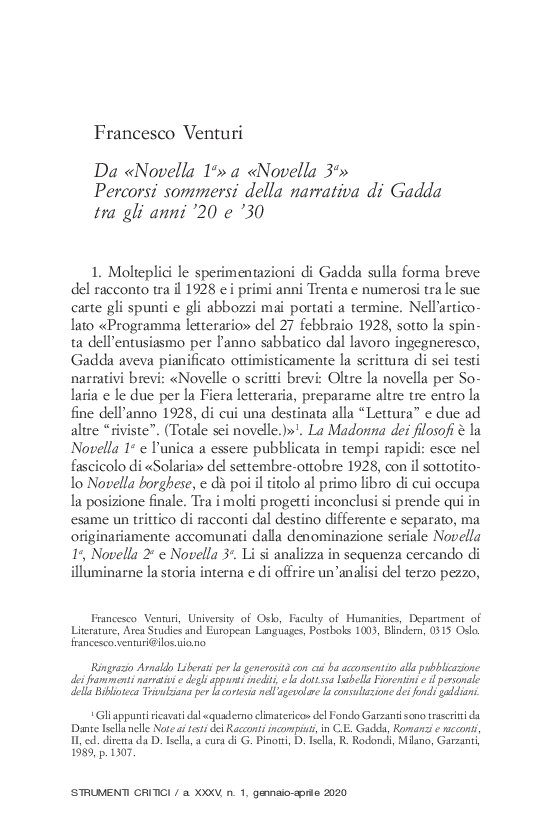