The Embodied Cognition Research Program (ECRP) has been presented as a revolutionary way to understand the mind. This paper is an assessment of the actual revolutionary character of the Program. In particular, by reviewing the most plausible candidates to be a characterization of ECRP, it aims to show two things: 1) many candidates to characterize ECRP that are widespread in the literature are indeed compatible with a Cartesian – and so non-revolutionary – conception of the mind; 2) those candidates for characterizing ECRP that are indeed incompatible with a Cartesian conception of the mind are also extraordinarily controversial – so controversial, in fact, that most who claim to be ‘friends’ of embodied cognition would either accept them with difficulty or reject them outright. If what we argue is correct, the revolutionary character of the embodied cognition paradigm is, in many cases, simply non-existent. And, when a revolution does exist, it is largely unacceptable to many supposed friends of the embodied mind 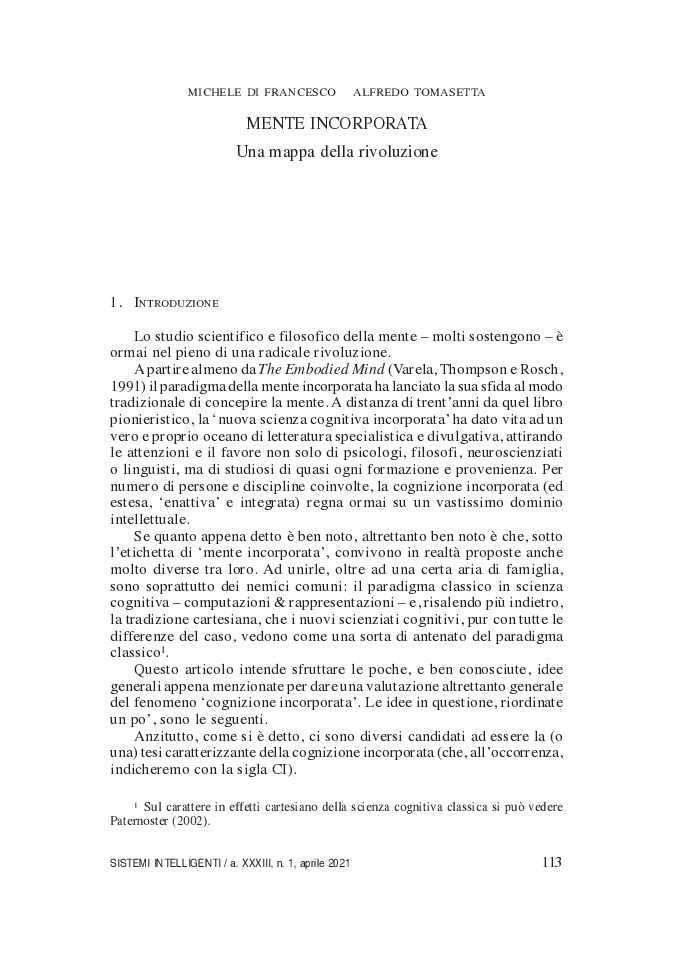