Computational scientific discovery is an important area of research in cognitive science. Not only can a scientific theory be represented by a computer program, but it can also be discovered by computers, using techniques and methodologies from artificial intelligence. Here, we present a new methodology currently under development, called GEMS, that has been successfully applied in cognitive science in order to semi-automatically generate scientific theories. GEMS is an application of genetic programming that, given the protocol of an experiment, a set of experimental data and elementary operations (in our case, elementary psychological processes), evolves programs that ‘behave’ like an experimental subject. From one generation to the next, the programs are improved thanks to evolutionary plausible mechanisms that aim to minimise the discrepancy between model predictions and data. Interestingly, GEMS makes it possible to perform an efficient search in the combinatorial model space; the output of GEMS is a formal scientific theory of a specific dataset, expressed as a computer program. In this paper, we present the main features of GEMS with an example of how it could be applied in a hypothetical scenario; we discuss the theoretical implications of this approach for scientific discovery; and we present ideas for future research in cognitive science using GEMS. 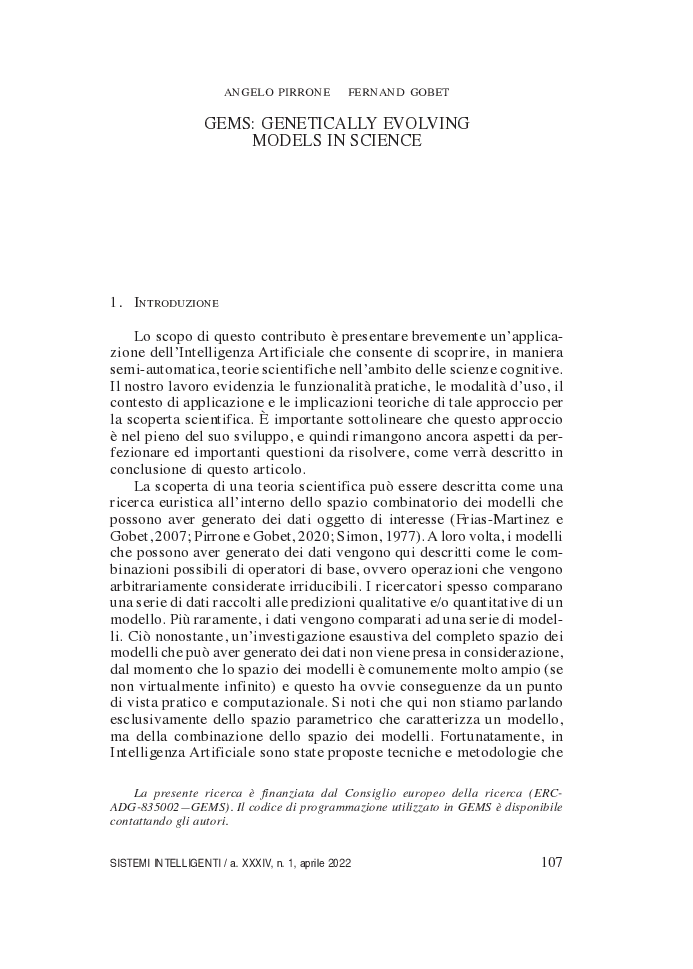