“Reverseµ inference is a key reasoning strategy used by neuroscientists to derive conclusions about the engagement of cognitive processes from patterns of brain activation observed in fMRI experiments. Reverse inference is usually opposed to “forwardµ inference, when the engagement of a certain cognitive process is assumed, and its neural correlate is inferred from the experimental evidence. Despite its central role in neuroscientific practice, in recent years reverse inference faced increasing skepticism, especially after leading neuroscientist Russell Poldrack denounced its limits and espoused its methodological weaknesses. In this paper, we critically discuss Poldrack’s Bayesian analysis of reverse inference, and point to some pros and cons of his proposal. The upshot of our discussion is that, while the Bayesian account of reverse inference is ultimately sound and promising, its current application in the neuroscience literature faces some important issues. In particular, we argue that the widespread use of flat priors in analyzing data i) blurs a crucial distinction between probability and confirmation, ii) makes the Bayesian analysis collapsing on a “likelihoodistµ one, and iii) risks to conflate the basic concepts of forward and reverse inference. 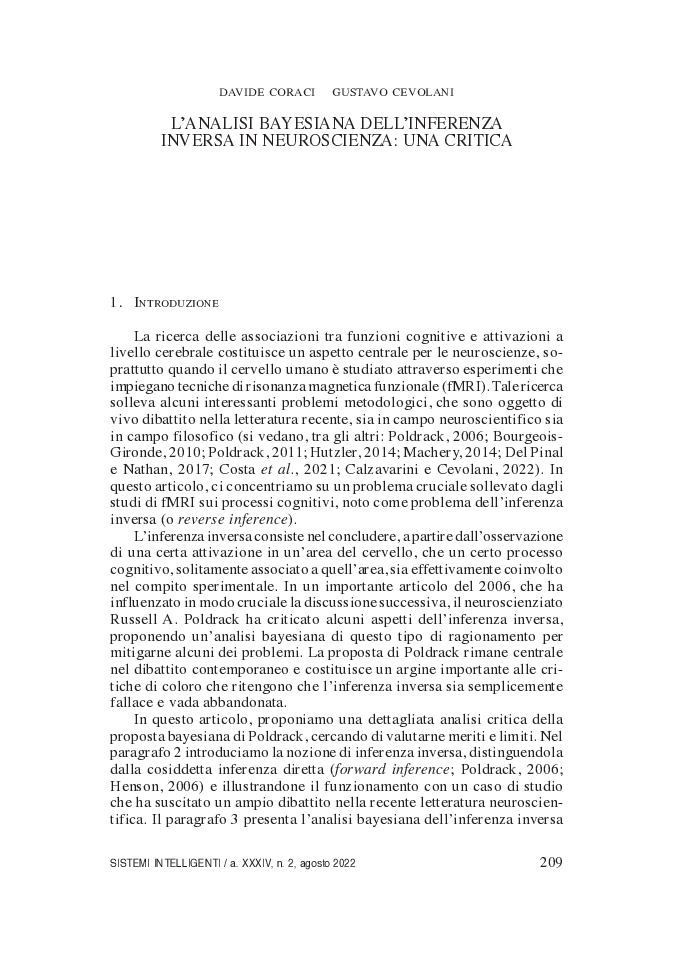