Counterfactual thinking is a form of mental simulation in which it is imagined how a past event might have unfolded differently and that, according to the dominant view, is employed mainly to understand how to do better in the future. The preparatory function of counterfactuals was initially supported by results regarding, on one level, the characteristics of the modifications most frequently produced and, on another, their effects on future behaviours. However, these findings have not withstood scrutiny in more recent years. In this work, evidence both in favour of and against the preparatory function is reviewed, demonstrating a need to revise it. The review introduces a possible alternative function, an explanatory use for counterfactuals, followed by the argument that this might reconcile disparate empirical results reported in the counterfactual thinking literature 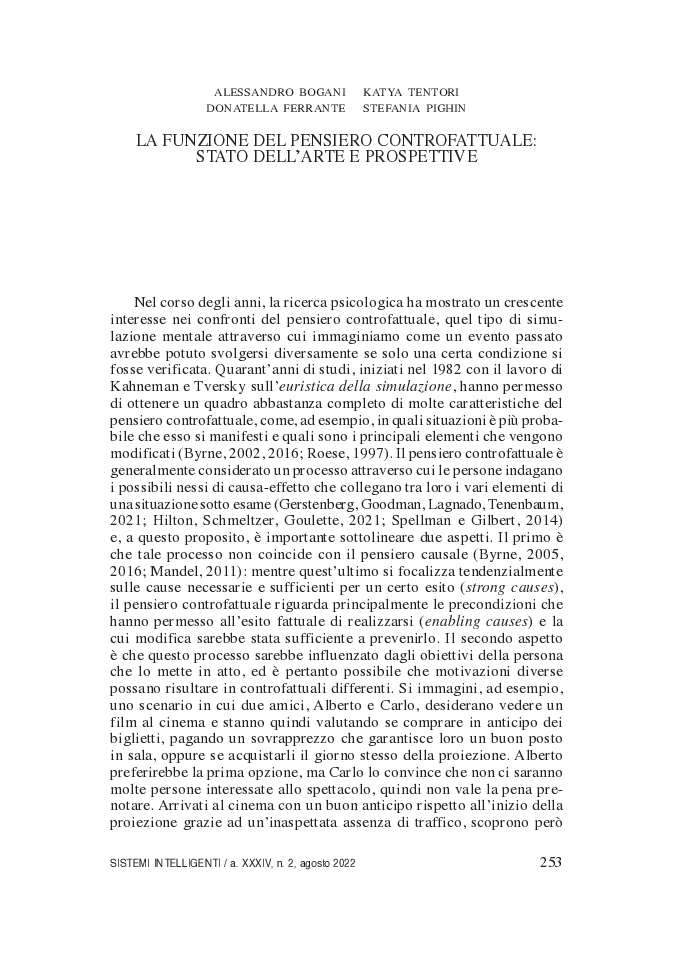