Science and philosophy were born together and they are both rational attempts at describing and explaining reality. However, since the invention of the experimental method and the use of mathematical symbols to express theories, the sciences of nature have become autonomous from philosophy and today no one would ask philosophers to tell us about nature. The constant and accumulating advancements of the neurosciences, the cognitive sciences, and the modelling of behaviour and human societies using computers and robots, are a threat that science will become autonomous from philosophy also with respect to our knowledge of man. Some philosophers react to this situation by trying to imitate scientists in their use of experimental data to decide among different accounts of human behaviour, mind, and societies. However, it is not clear where this strategy will lead philosophy, especially if one considers that science is beginning to explain such high-level achievements of man as art, religion, morals, and our general conception of reality, that is, metaphysics and philosophy themselves, which have traditionally been among the main concerns of philosophy. This points out to the necessity of rethinking what is philosophy and what its future might be. 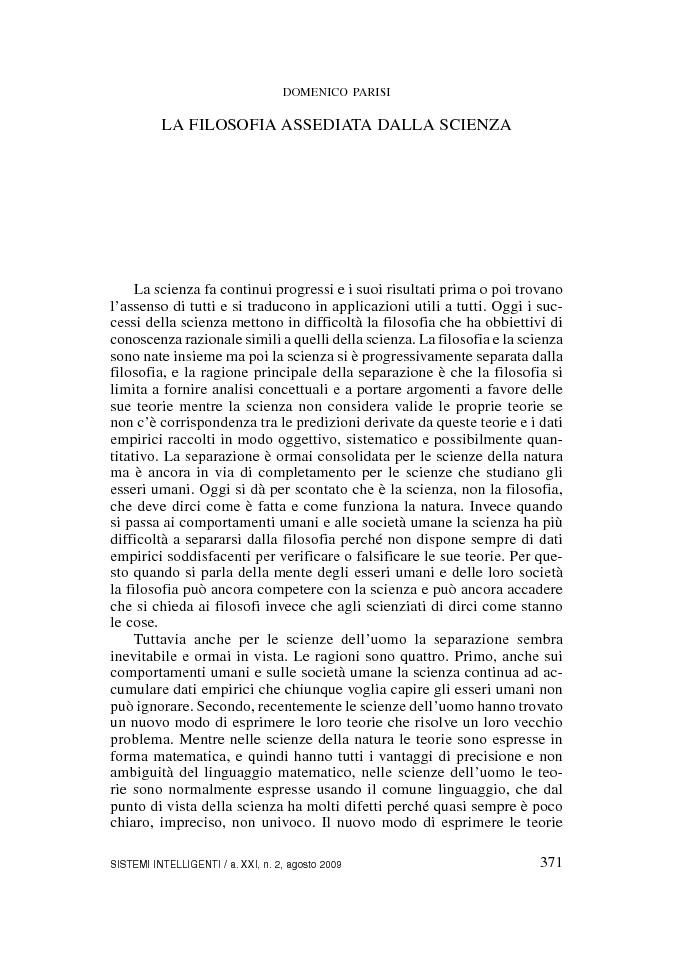