The «Nature versus Nurture» debate regarding the development of human personality and behavior has gained a renewed vigor over the last decade. The new acquisitions from molecular biology and genetics, along with the novel findings from functional brain imaging studies have begun to shed a new light on the relations among specific variants of genes involved in neurotransmitter synthesis and metabolism on one hand, and the brain morphological and functional development and behavioral phenotypes on the other. Specifically, a growing body of research has indicated that some genetic variants may confer a significantly greater risk for developing abnormal aggressive behavior, impulsivity and antisocial conduct. Interestingly, the effects of these genetic alleles become evident when the individual has been raised in poor and abusive social environments. These studies are offering an unprecedented tool to investigate the gene by environment interactions that shape human behavior and, at the same time, are raising novel fundamental questions on free will, that have implications that go far beyond the neuroscientific context and may affect ethics, philosophy and even the legal system. 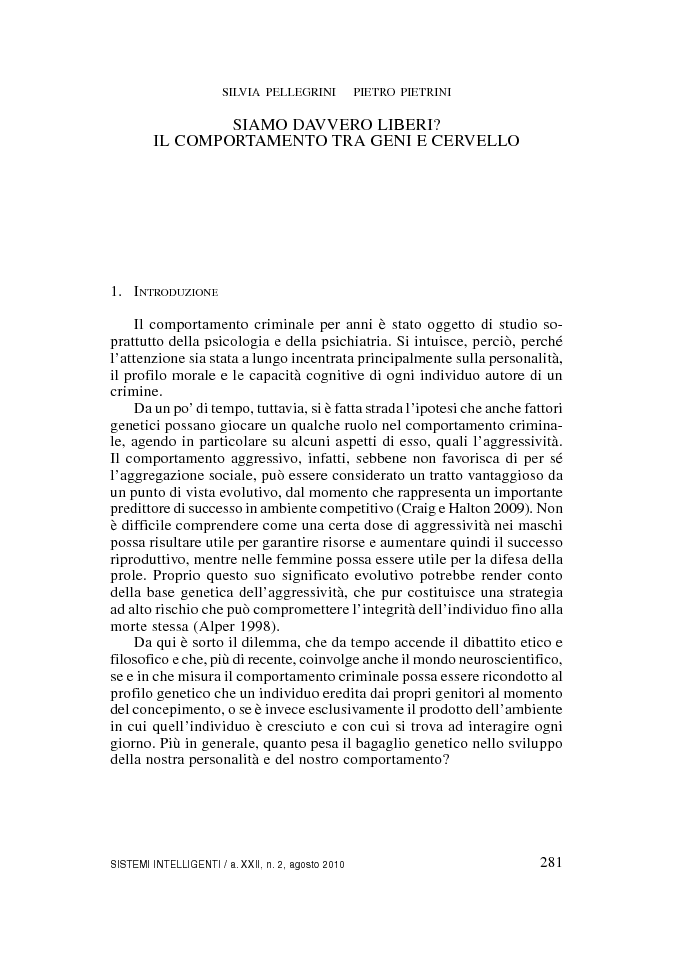