We compare two theories about the cognitive architecture underlying morality. One theory, proposed by Sripada and Stich (2006), posits an interlocking set of innate mechanisms that internalize moral norms from the surrounding community and generate intrinsic motivation to comply with these norms and to punish violators. The other theory, which we call the M/C model, was suggested by the widely discussed and influential work of Elliot Turiel, Larry Nucci, and others on the «moral/conventional task». This theory posits two distinct mental domains, the moral and the conventional, each of which gives rise to a characteristic suite of judgments about rules in that domain and about transgressions of those rules. We give an overview of both theories and of the data each was designed to explain. We go on to consider a growing body of evidence that suggests the M/C model is mistaken. That same evidence, however, is consistent with the Sripada and Stich theory. Thus, we conclude that the M/C model does not pose a serious challenge for the Sripada and Stich theory. 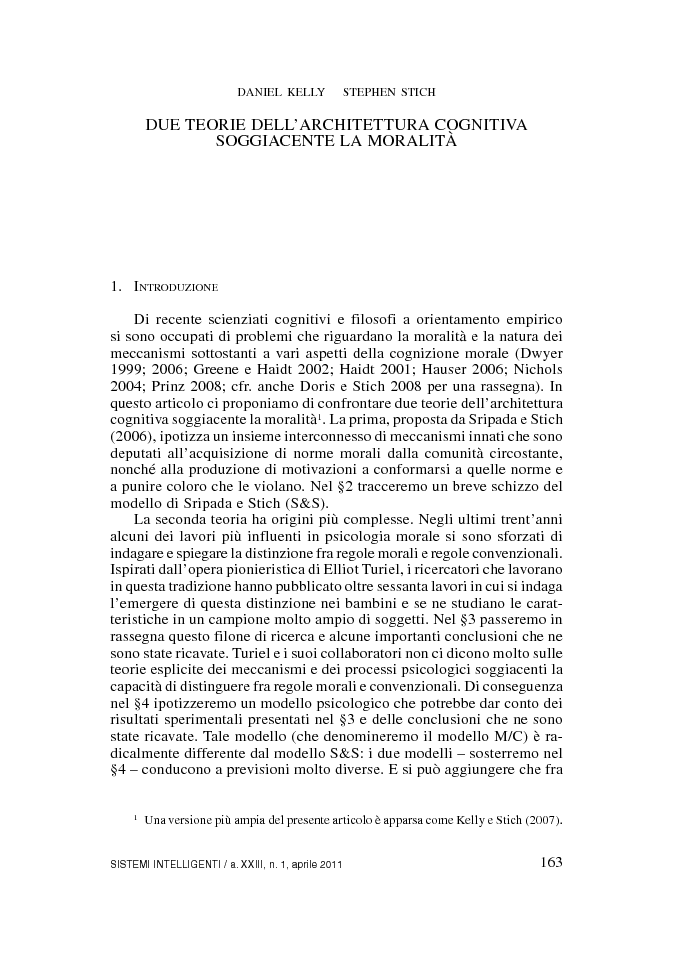