Science is the clearest example of social intelligence since it is based on communicating the results of one's research to other scientists, on the systematic evaluation of these results on the part of other scientists, and on the cumulative construction of knowledge. But as a form of social intelligence science has not been able so far to go beyond two serious limitations: its division into separate disciplines, which contradicts the very idea of social (shared) intelligence, and its incapacity to communicate its results to non-scientists, both the common citizens and who governs them, which makes it impossible for the society to really utilize those results. Today, the new digital information and communication technologies offer new tools to go beyond these limitations. To express scientific theories as computer simulations makes it possible to formulate theories which go beyond disciplinary divisions. The new digital visual and interactive technologies make it possible for everyone to know and understand the results of science much better than the traditional technologies based on verbal language and to simulate and evaluate scenarios on the basis of which to adopt public decisions. Today this is crucial for the problems of society which invoke the help of the sciences that study human behaviour and human societies. The article provides a list of these problems. 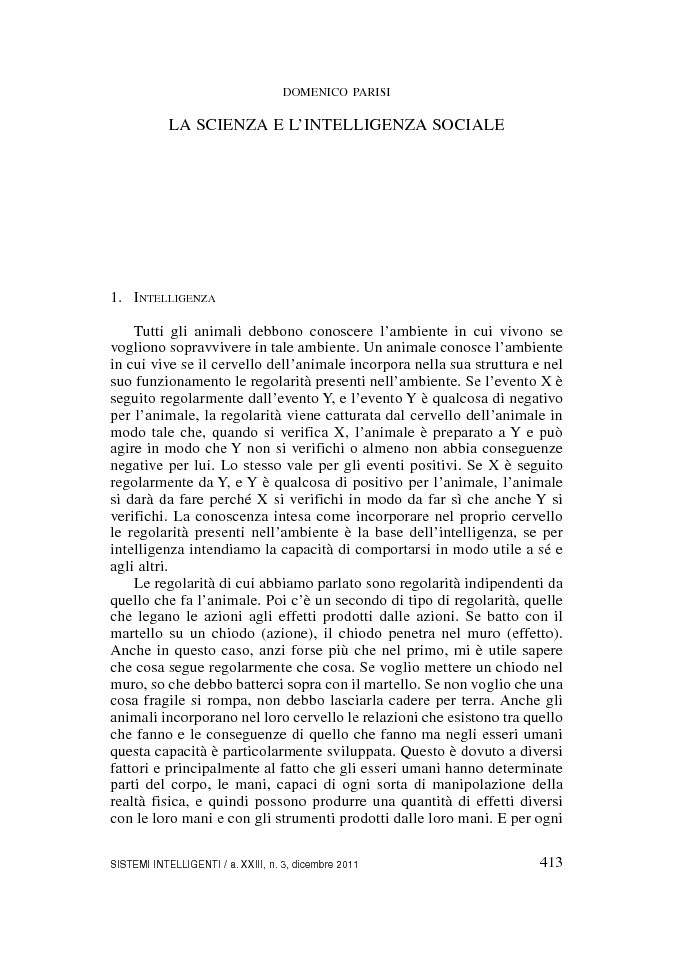