The article deals with the issue of intertemporal choice, i.e. a choice between options whose value is realized at different points in time. In particular, I will present and discuss a recent hypothesis on the causes of dynamic inconsistency and decisional incoherence. Starting from the major studies in economics and cognitive science, the anomalies found in the persistence of conduct, i.e. holding a decision in the medium-long term, will be analyzed through the experimental evidence of more recent studies. These allow us to interpret human behavior in intertemporal choice considering a new factor: the perception of time. I will attempt to answer a key question: Do people show a distortion only in temporal discounting of value, or is this in turn influenced by the subjective perception of time? The argument will focus on the temporal discounting function as a model to describe the discounting behavior of individuals. The explanatory properties of different models of temporal discounting will be questioned and assessed in the article, with important implications for the descriptive adequacy of traditional economic models of intertemporal choice. 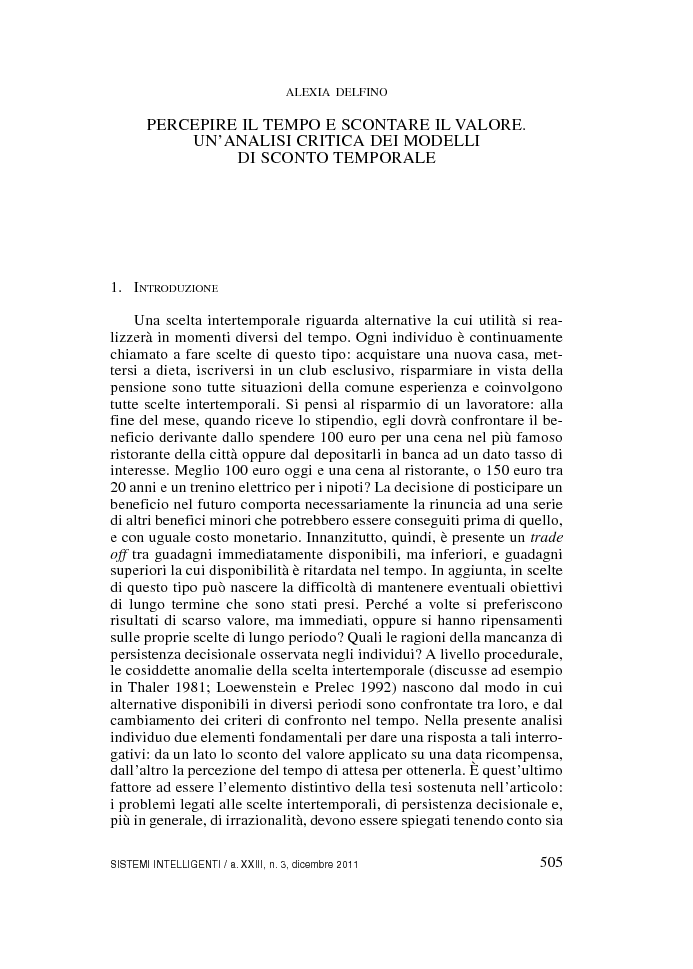