The present work was aimed at investigating whether the emergence of shared representations, considered as the building blocks of shared action, is influenced by social variables such as group membership and perceived interdependence between co-acting individuals. In two experiments we required two participants to perform together a Simon task (i.e., the social Simon task) in which we manipulated perceived group membership on the basis of an ad-hoc categorization (Experiment 1: couples belonging to the same category vs. couples belonging to two different categories) and the interdependence experienced by the two acting individuals (Experiment 2: cooperative couples vs. competitive couples). Results indicate that the social Simon effect, indicative of the formation of shared representations, is not modulated by the mere categorization into groups, while it is significantly affected by perceived interdependence. Indeed, the effect was absent only for competitive couples. These results seem to suggest that in interactive contexts individuals tend, by default, to integrate self and other's actions into shared representations based on cooperation. While group membership does not influence the emergence of these shared representations, a competitive interaction disrupts their emergence. 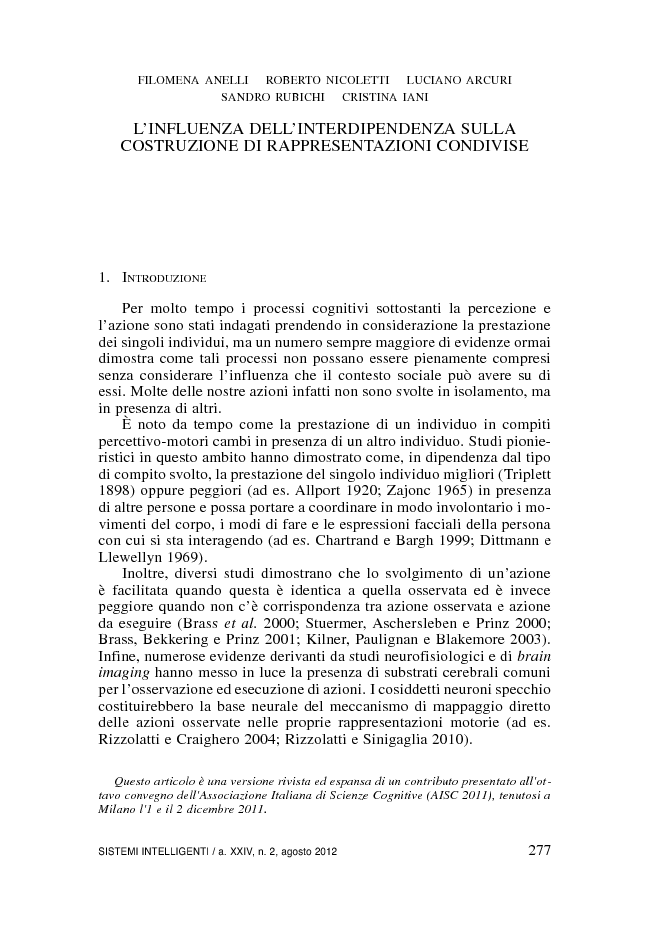