Human mental processes are very different from that of other living beings not only because of potentials contained in the genetic code that with the maturation of the organism become from latent real, but because of capacities that are expressed only through social relations with similar. Mental processes in humans, unlike other living beings, are transformed along the ontogenetic progress in relation to historical processes of the socio-cultural context in which they have the opportunity to form and express themselves. This theoretical position is now known as the Cultural Intelligence hypothesis as opposed to the General Intelligence classical position; namely, the hypothesis that human mind is an expression of a brain development that has led humans to have the main organ of the nervous system of a size of about three times compared to other primates and that consequently it would result in memory, perception, attention, and so on that in humans are superior to the corresponding functions of other primates. The paper presents some recent empirical evidence in favour of the Cultural Intelligence, and places emphasis on the role that a particular form of intentionality, shared intentionality, held since the early months of life in the making and evolution of specifically human cognitive functions. 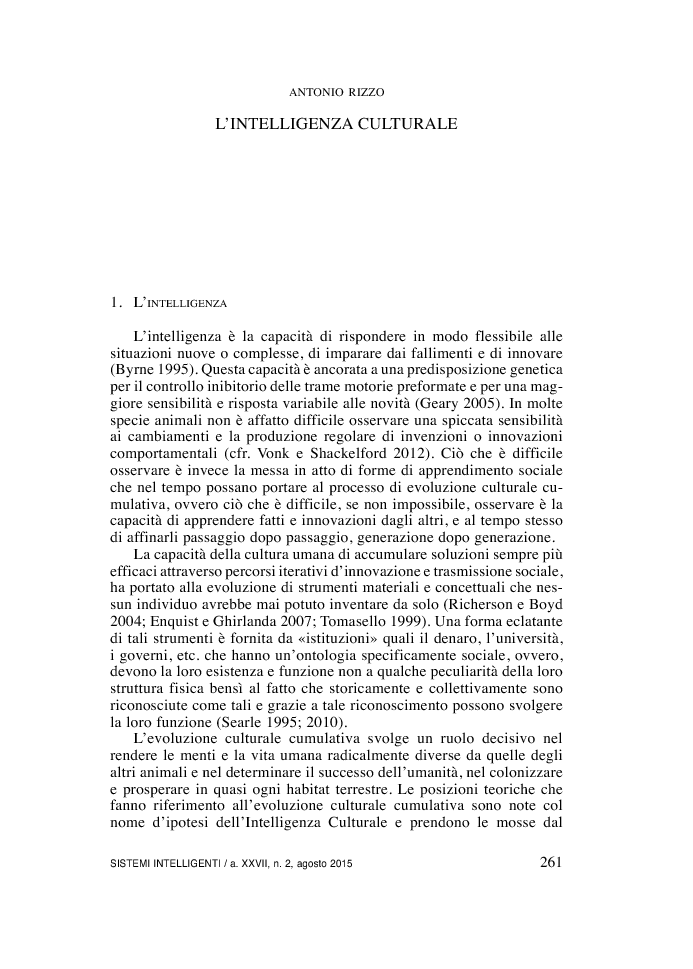