In the last twenty-five years, cognitive psychology research has provided an account of human cognition that emphasizes three main points: i) cognition is «situated» (i.e. it can never be fully abstracted); ii) cognition is «distributed» (i.e. it requires artifacts in the environment in order to succeed); iii) cognition is «embodied» (i.e. it requires a bodily dimension in order to take place). These tenets, conveyed through the synthetic label of embodied cognition, have fundamentally challenged, and mostly superseded, the views on human cognition based on symbolic representation processing (e.g. cognitivism). In this essay, we inquire into the implications of such a paradigm shift in cognitive psychology for economic psychology in general, and the rationality studies in particular. We start from acknowledging that the current theories in rationality studies are still founded (more or less explicitly) on an old version of cognitivism. Then, the essay inquires into the ways in which the different claims of embodied cognition may constitute a new foundational underpinning for economic rationality. The label embodied rationality is raising in the literature as an umbrella under which pursuing such a new research program in economic rationality informed by embodied cognition insights. 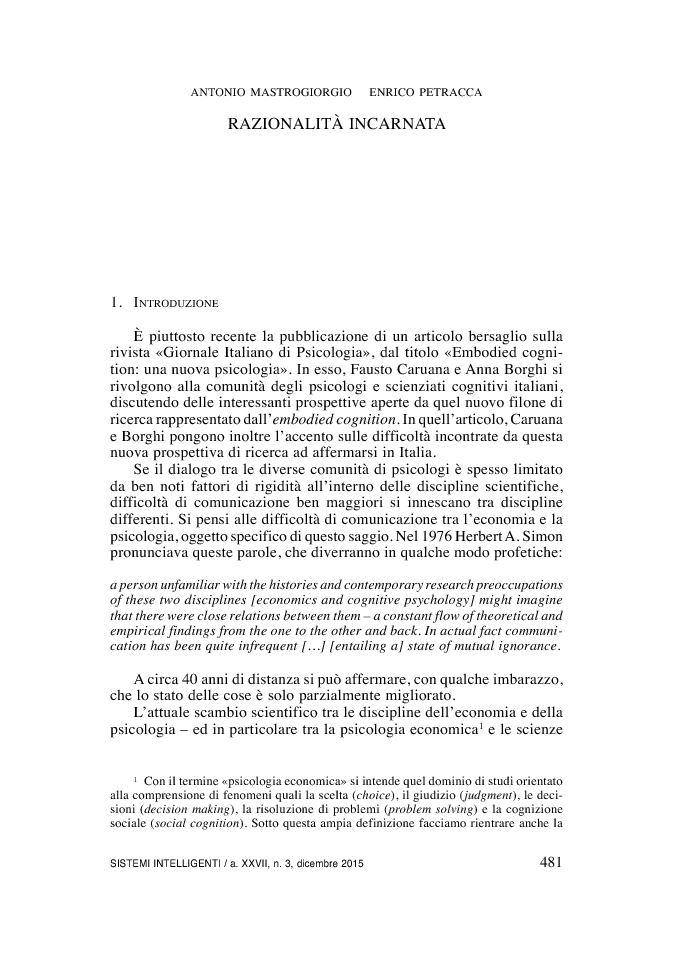