Since early discoveries made by Paul Broca, Broca's area has been a paradigmatic natural kind for neuropsychology and, later, for cognitive neurosciences. However, new evidence unfolded a much more complex picture. Thus, its ontological status needs to be redefined in order to be fully understood and to avoid the risk of referring to the notion of Broca's area lacking a clear definition of it. Here, we discussed some possible theoretical approaches for facing this issue. In particular, we suggest that a neurocognitive kind should not link psychological function to neural structures, but rather to the neural processing that they underpin. This results in a shift from the problem of where (i.e. localizing the functionally relevant neural structures are) to a more complex picture addressing the problem of how (i.e, its way(s) of working). We developed the notion of how in terms of neural oscillatory activity, which could become central to unravel how Broca's area works. We reported and discussed some examples that fits well with our theoretical framework, thus demonstrating the importance of this dimension, often neglected, in order to better define its functioning at both local and long-range level. 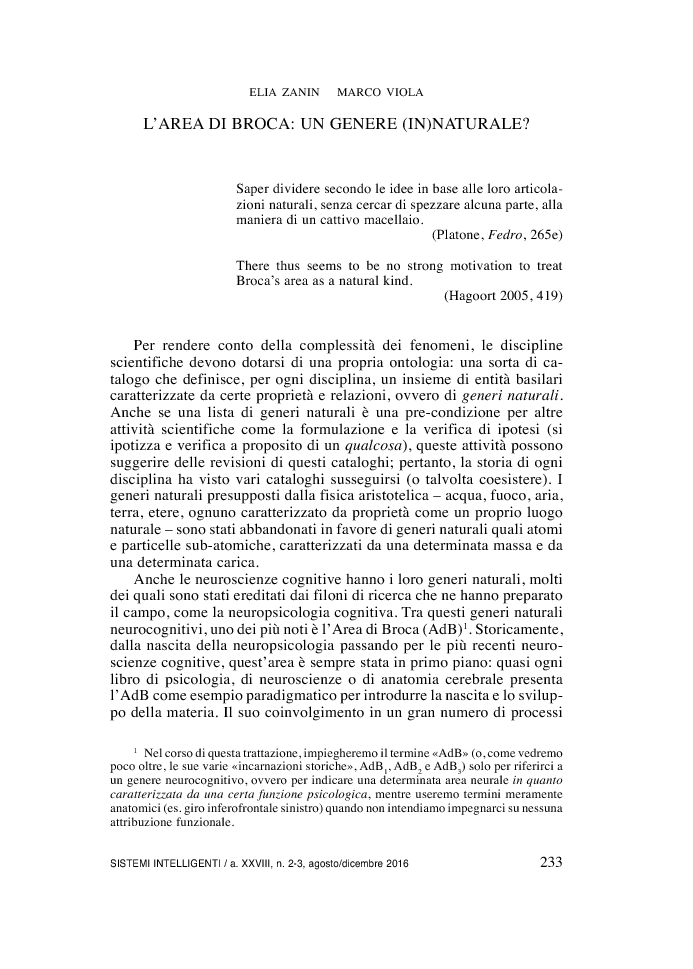