The enactment effect is the phenomenon according to which a series of phrases, each depicting an action, are learnt and memorized better if accompanied by congruent gestures at learning phase. A series of experiments in the literature demonstrated that, respect to the simple verbal condition in which the phrases are not accompanied by gestures, the beneficial effect of enactment occurs both when the participants themselves perform the gestures and when the gestures are observed in that produced by a speaker. Recent studies in the literature suggest that the observer's motor system plays a role in the beneficial effect of the observed gestures on memory (Ianì & Bucciarelli, 2015) and more in general in comprehending the nonverbal message of a speaker (Ping, Goldin-Meadow e Beilock, 2014). With the aim to investigate more in depth these evidences, and ascertain whether the motor system is involved in the enactment effect, we conducted a study on a small sample of tetraplegics in order to specifically explore the role of motor functionality on memory. The participants observed the phrases uttered by an actress in two conditions: in the enactment condition the actress performs iconic gestures which represent the actions described, in the no-enactment condition the actress keeps her hands still. In the enactment condition compared to the no-enactment condition the results reveal a greater number of recollections in the form of paraphrases, which are index of a deep comprehension of the phrases themselves, suggesting that the absence of motor functionality does not cancel the enactment effect in tetraplegics. We conclude, with caution, that the absence of motor functionality is not involved in the enactment effect produced by the gestures observed. 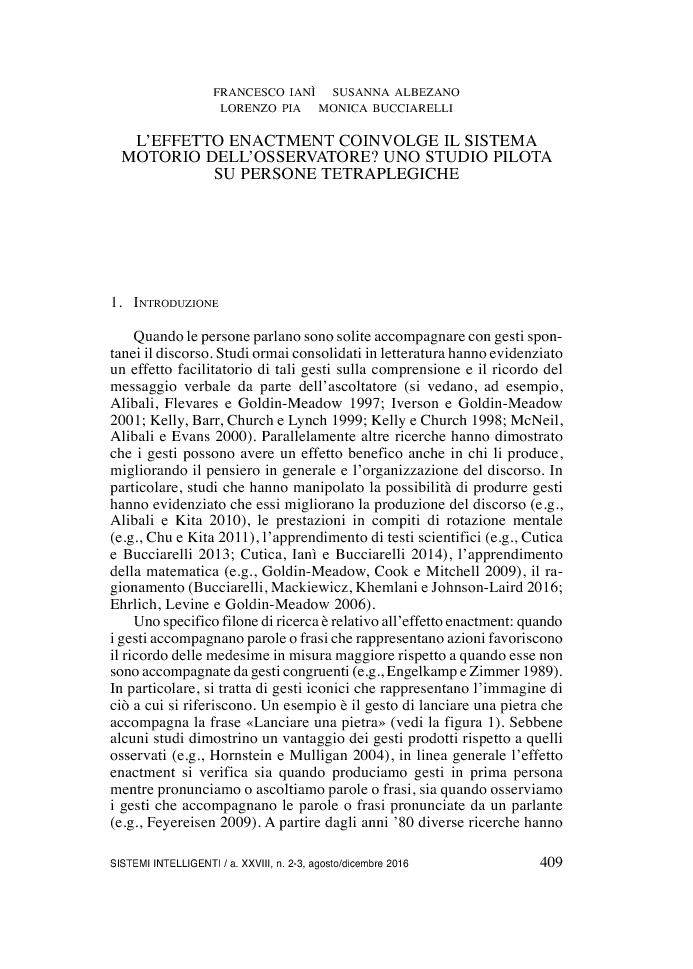