According to the standard picture of meaning, all languages include two kinds of terms: concrete terms (which refer to the observable and in particular visible properties of objects in the external world) and abstract terms (which rely on verbal definitions). Concrete and abstract describe the poles of a continuum since word meanings can depend more of less directly on observable properties: the more they are only indirectly liked to observable properties, the closer they are to the abstract pole and vice versa. In this paper we challenge some aspects of this picture. First of all, we show that from a cognitive point of view our understanding of concreteness is not build around vision, at is typically maintained, but rather relies on touch. Secondly, we suggest that we should classify any kind of word whose meaning depends on perceptual experience as concrete. However, perceptual experience is not only mediated by the external senses but also consists in internal (bodily) experience: words like 'hunger', 'pain' or 'tension' are concrete even though their meaning is not linked to any external observable property but depends on our internal experience. Thus, we argue that we need to distinguish between two different forms of concreteness, i.e. between a form of concreteness that relies on the external senses and a form of concreteness that is based on internal perceptual experience. But, if the idea of concreteness is twofold - and this is the perspective we advocate - then the opposition between concrete and abstract cannot be a spectrum between two poles, but rather needs to be conceptualized as a space between three poles: an internal form of concreteness, an external form of concreteness and abstractness. In the paper, we discuss some consequences this new picture of meaning has for research on language. 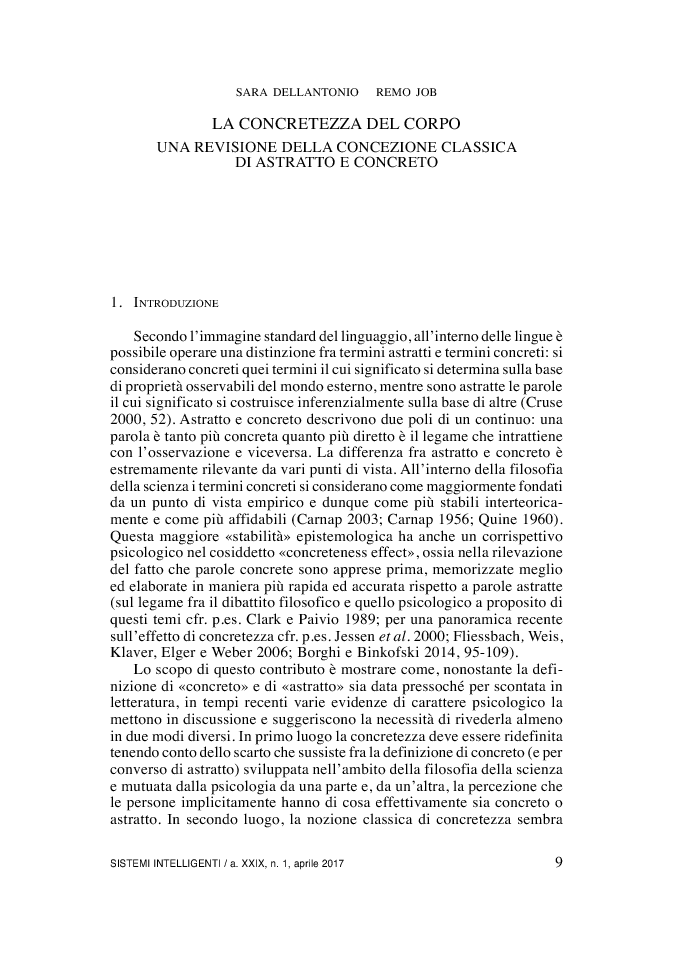